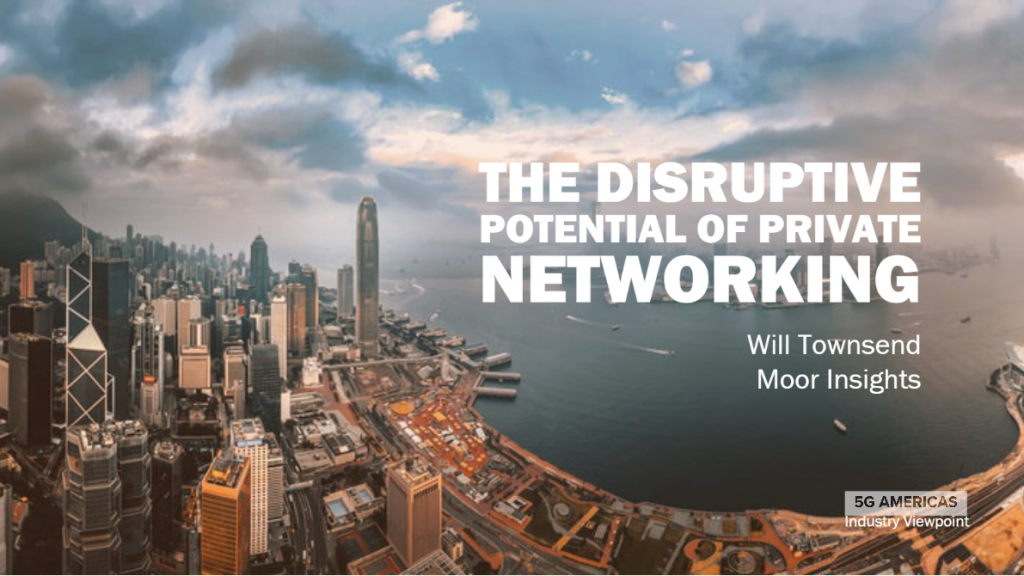 The Disruptive Potential Of Private Networking

By Will Townsend, Moor Insights & Strategy

As a networking analyst, I travel the world to spend time with infrastructure providers of 4G LTE and 5G core, radio access, and transport solutions as well as carriers and service providers. One of my biggest takeaways recently is the growing momentum behind cellular-based private networking globally. I would like to share some of my insights with respect to North America as I believe it could facilitate disruption based on use case and industry vertical adoption.

The key vertical targets for private networking are what one would expect- energy, transportation, logistics, healthcare, mining, and manufacturing among others. Use cases that require ultra-low latency and involve propagation over longer distances are prime candidates. Wi-Fi 6 delivers improved latency, supports a higher number of devices, and faster throughput, but its ideally suited for indoor applications and requires access point density. Two big private network advantages in my mind are the ability to fine-tune overall network performance for specific application needs (such as lower latency for video) and to support remote and highly distributed worksites that might not have access to fiber or carrier-delivered fixed wireless access (FWA) services.

However, the ultimate success of private networking deployments will lie in the ability for it to be delivered as an integrated solution. Enterprises simply don’t have the competency to piecemeal cellular-based networks together. Consequently, carriers such as AT&T, the new T-Mobile, and Verizon will likely offer managed enterprise private network services along with guaranteed quality of service levels. I also expect that a host of service providers will enter the space to compete for monetization opportunities such as Federated Wireless.

In the United States, the CBRS Alliance has done a phenomenal job of democratizing access to licensed spectrum lighting a private network fire and recently made an announcement regarding its plans to support 5G. If interested, you can find those details here. Boasting membership from over 130 companies including technology stalwarts like AT&T, Cisco Systems, Ericsson, Intel, Nokia, Qualcomm, Samsung, and others, I believe the CBRS Alliance is delivering on its stated mission to evangelize 4G LTE and 5G use cases, drive key technology development, facilitate advocacy with regulatory agencies, and support product certifications. I’ve spent considerable time with its executives and membership, and I am impressed with the use case-based approach that in my mind that has not only driven significant momentum behind the effort but also exposed the disruptive potential of private networking to improve worker safety, manufacturing yields, and accelerate overall enterprise digital transformation.

In my mind, there is a “perfect storm” brewing in the United States that weds access to licensed spectrum through the CBRS/ OnGo Wireless initiative to the availability of non-carrier grade private networking equipment. Ericsson and Nokia have dedicated teams that are developing private networking solutions, but I also expect companies such as Cisco Systems, Dell EMC, and HPE will either seek partnerships or engage in efforts to develop their own hardware and software solutions. I believe these players should have an advantage in deploying private networking solutions given their more direct path to existing relationships through the Wi-Fi side of their enterprise businesses. I’m personally excited to see things unfold in the private networking space, especially the transformative use cases that will result. 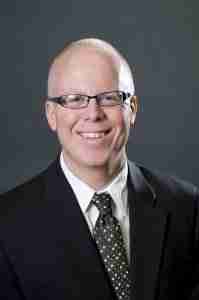 Will Townsend is a Senior Analyst responsible for Networking Infrastructure and Carrier Services at Moor Insights & Strategy. Mr. Townsend advises some of the largest networking infrastructure providers and carriers in the world. He has been featured on NPR, CNBC, in the Wall Street Journal, and frequently contributes on Forbes.com providing insights into both enterprise networking and 5G. Mr. Townsend is also ranked as one of the top networking analysts in the world as measured by ARInsights.