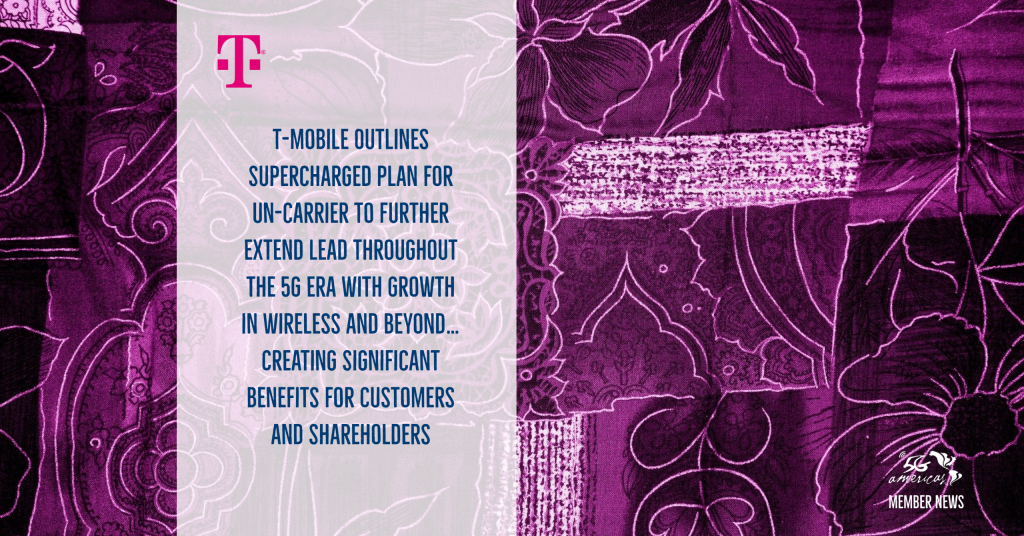 Analyst Day showcases T‑Mobile’s plans to deliver unmatched network, best customer value and best experiences in their pursuit to be #1 in customer choice and #1 in customers’ hearts

Un‑carrier offers roadmap to consistently and profitably lead the industry in growth and build for long‑term success by delivering the best 5G network, expanding into a number of addressable markets and deepening customer relationships

Raises mid‑ and long‑term guidance across the board, setting up potential for up to $60 billion in shareholder returns from 2023 through 2025.

BELLEVUE, Wash. – March 11, 2021 – In its virtual Analyst Day today, T-Mobile US, Inc. (NASDAQ: TMUS) unveiled ambitious plans to unlock future growth and capture even more momentum over the next five years. Since closing its historic merger with Sprint in April 2020, the Supercharged Un-carrier has delivered industry best total net additions, strong profitability and higher than expected synergies, putting the company on the path to deliver financial results that exceed both the original three to four-year and longer-term targets provided in the original merger plans.

Through a line-up of some of the company’s senior executives today, the Un-carrier outlined plans to use its combination of superior assets and scale from the merger and the recent C-Band auction, to continue leading the industry in growth by delivering more value AND the best 5G network combined with the best experiences to consumers and businesses across the country.

“Only T-Mobile has the superior assets, scale, financial position and customer-loving team to lead this new 5G era now into the next decade, if not beyond. We are taking that lead and setting our sights higher — taking on new growth ambitions and expanding into new markets like never before. We’re already miles ahead in executing on our clear and consistent plan, building the fastest, biggest and most available 5G network with the perfect mix of spectrum. That is going to continue to translate into a significant and demonstrable advantage for years to come,” said T-Mobile CEO Mike Sievert.

“Better yet, this network and growth is primarily funded by our massive synergies. I am incredibly proud of our team for driving faster integration and unlocking even more synergies than expected, which will deliver incredible value for our customers and shareholders,” Sievert continued. “We now expect the total net present value of merger synergies to be more than $70 billion — a 60 percent jump from our original merger plan. We’ve also raised mid- and long-term guidance, setting up the potential to return up to $60 billion to shareholders between 2023 and 2025. The next chapter for this Un-carrier is tremendously exciting – and we are truly just hitting our stride!”

Webcast
A replay of the event is available online at http://investor.t-mobile.com.