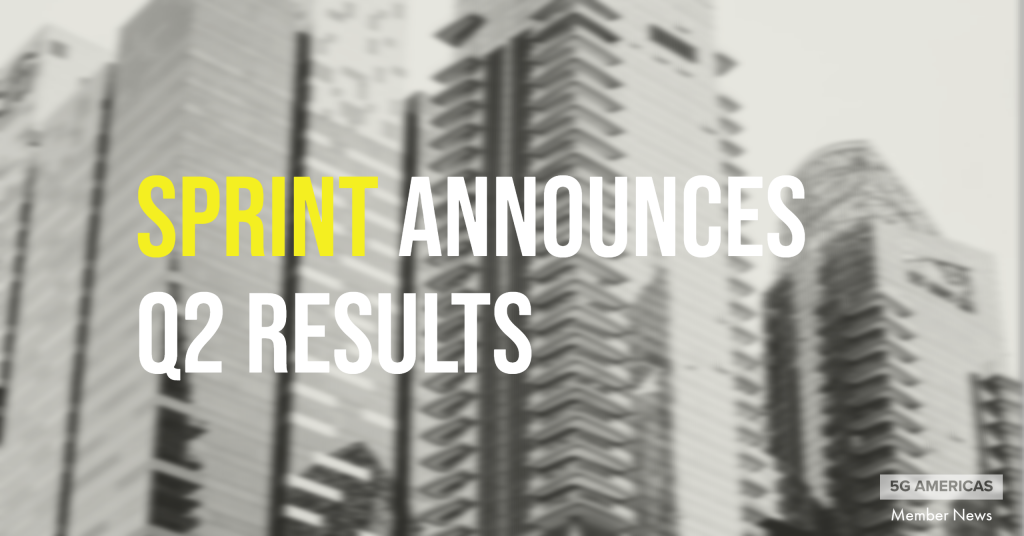 “I am proud of the resiliency of the Sprint team as they work to deliver results in a challenging environment,” said Sprint CEO Michel Combes. “However, I remain convinced that merging with T-Mobile and building one of the world’s most advanced 5G networks is the best outcome for all consumers, employees, and shareholders.”

Stable Postpaid Wireless Service Revenue and Continued Focus on Costs
Sprint has focused on growing its relationship with customers by promoting its feature-rich Unlimited Plus and Unlimited Premium rate plans and selling additional devices and value-added services. This strategy delivered postpaid net additions of 273,000 driven by growth in data devices and partially offset by postpaid phone customer losses. Postpaid wireless service revenue of $4.2 billion was relatively flat sequentially and year-over-year, as the company works to stabilize postpaid ARPA and average postpaid accounts.

Total wireless service revenue of $5.0 billion was negatively impacted by lower Lifeline revenue as a result of estimated reimbursements to federal and state governments for subsidies claimed contrary to Sprint’s usage policy and the continued amortization of prepaid contract balances as a result of adopting the new revenue standard last year. Excluding these impacts, total wireless service revenue was relatively stable sequentially and year-over-year.

Net loss of $274 million, operating income of $237 million, and adjusted EBITDA* of $2.6 billion were also negatively impacted by the aforementioned estimated reimbursements to federal and state governments.

The company continued its focus on cost optimization during the quarter by driving year-over-year gross reductions in cost of services and selling, general and administrative expenses, with most of the reductions coming from network optimization and more efficient sales and marketing spend. These reductions have been offset by incremental costs associated with network coverage and capacity improvements, along with other customer experience initiatives.

Additional information about results, including a message from management, is available on our Investor Relations website at www.sprint.com/investors.

Sprint continues to advocate for its merger with T-Mobile to deploy a ubiquitous, nationwide 5G network that includes coverage in rural locations. Sprint’s existing 5G deployment shows the potential of 5G, and the combined company is expected to have the resources and technology to bring that potential to reality by building a 5G network that fuels innovation across every industry, dramatically increasing competition, unleashing new economic growth, and creating thousands of jobs and billions of dollars in U.S. economic value. Together, the combined company is expected to lead the world in next-generation technology services and applications, bringing 5G service to nearly all Americans.

Creating a Digital Disruptor
Sprint continued to enhance its digital capabilities and transform the way it engages with customers.