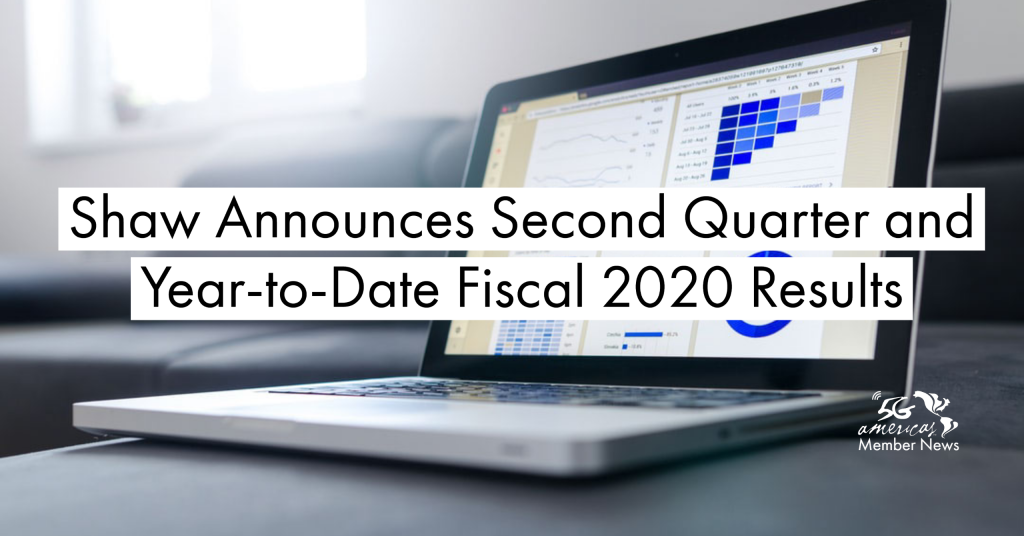 “We are in unprecedented times as the world grapples with the impacts of COVID-19, the recent commodity price pressure, and the uncertain economic period ahead. While Canadians can always rely on our wireline and wireless services, the safety of our employees and customers is of utmost importance to us. Besides the temporary closure of our retail locations nationally (with the exception of a certain number of street front stores that remain open to provide urgent customer support), we also called into action our robust business continuity plan in the early stages of this crisis, allowing us to quickly enable a significant portion of our employee base to work from the safety of their own homes. We have since taken additional measures over the last several weeks that show our continued support for our employees, customers and the communities which we serve. These measures include several initiatives designed to keep individuals, families and communities connected and supported while they observe physical distancing and self-isolation protocols during the COVID-19 crisis,” said Brad Shaw, Chief Executive Officer and Executive Chair.

“Now, more than ever, Canadians and businesses alike, are depending on reliable connectivity services to remain in touch with family, friends, colleagues and customers. As we have seen an increase in network traffic, particularly in Wireline, I am pleased to confirm that our network performance has been exceptional. It is because of the significant facilities-based investments and strong and capable networks that operators, such as Shaw, can continue to provide these critical Wireline and Wireless essential services into homes, businesses, and communities across our country and quickly adapt to the changing needs of our customers,” said Mr. Shaw.

In the second quarter, the Company added approximately 54,000 net postpaid customers, building its wireless subscriber base to nearly 1.8 million customers, along with improving year-over-year ABPU and ARPU growth of 6.8% and 3.1% respectively. The aggressive competitive and promotional offers that were available in the market, particularly in the month of December, contributed to increased activity and postpaid churn increased marginally in the second quarter to 1.57%.

In the Wireline segment, Consumer Internet net additions grew by approximately 6,100 and video losses improved over the prior year due to the success of customer segmentation initiatives, including BlueCurve Total, which bundles BlueCurve Internet 600 with BlueCurve TV. With our BlueCurve technology, the number of customers electing to self-install increased in the quarter and was over 50% of eligible installs. Shaw Business increased its top-line revenue by 4.3% year-over-year to $144 million in the quarter, or approximately 5%, excluding the effect of prior year revenue from the Calgary1 Data Centre, which was sold on August 1, 2019.

“Our second quarter performance reflects our continued focus on execution, delivering stable Wireline results and sustained Wireless growth, supported by underlying networks that continue to prove their worth,” said Brad Shaw. “I want to acknowledge and thank our retiring President, Jay Mehr, for his dedication and leadership throughout the past 25 years. Thanks to his efforts, we move forward on a solid foundation that will serve our Company and our customers well into the future. The Board and management team are excited to officially welcome Paul McAleese to his new expanded role as President, Shaw Communications, effective today. Paul has demonstrated a strong track record of delivering profitable growth, instilling operational discipline and building high performing teams since joining Shaw over 3 years ago.”

Fiscal 2020 results include the impact of adopting IFRS 16 using the modified retrospective approach. Under the modified retrospective approach, fiscal 2019 results have not been restated and are not comparable to fiscal 2020 results. Supplementary information is provided in the accompanying Management’s Discussion and Analysis (“MD&A”), under the heading “Accounting Standards,” which discusses our previous accounting policies and the changes on adoption of the new standard.

In the quarter, the Company added approximately 51,000 net Wireless RGUs, consisting of 54,200 postpaid additions and 3,200 prepaid losses. The increase in the postpaid subscriber base reflects continued customer demand for the Big Gig data centric and Absolute Zero pricing and packaging options. The decrease in the prepaid customer base reflects higher churn due to increased competitive activity.

Wireless service revenue for the three-month period increased 19.6% to $201 million over the comparable period in fiscal 2019 due to the increased subscriber base and growing penetration of Big Gig data plans. Second quarter ABPU grew by approximately 6.8% year-over-year to $43.84 and ARPU increased 3.1% to $38.45 reflecting the increased number of wireless customers subscribing to higher service plans.

Wireless equipment revenue for the three-month period increased 29.5% to $101 million, reflecting the success of Absolute Zero and as more customers acquired devices through Freedom Mobile. Second quarter Wireless adjusted EBITDA of $81 million improved 58.8% year-over-year, or 17.6% when removing the $21 million impact resulting from the adoption of IFRS 16.

Wireline RGUs declined by approximately 50,500 in the quarter compared to a loss of approximately 44,600 in the second quarter of fiscal 2019. The current quarter includes growth in Consumer Internet RGUs of approximately 6,100. The mature products within the Consumer division, including Video, Satellite and Phone declined in the aggregate by 56,100 RGUs, however, Video RGU losses of approximately 19,300 in the second quarter improved from a loss of 29,000 in the prior year due primarily to increased bundling activity. Through the launch of BlueCurve Total and Freedom Home Internet, the Company continues to improve its customer segmentation initiatives and remains focused on growing Internet subscribers, primarily through two-year ValuePlans, and on attracting and retaining high quality Video subscribers.

Second quarter Wireline revenue of $1,063 million decreased 0.7% while adjusted EBITDA of $519 million increased 4.4% year-over-year. Adjusted EBITDA this quarter is comparable to the prior year when removing the $20 million impact resulting from the adoption of IFRS 16. Consumer revenue of $919 million decreased 1.5% compared to the prior year as growth in Internet revenue was offset by declines in Video, Satellite and Phone subscribers and revenue. Excluding the effect of our disposal of the Calgary1 Data Centre on August 1, 2019, our Business revenue increased 5% year-over-year to $144 million, reflecting continued Internet revenue growth and demand for the SmartSuite of business products.

Capital expenditures in the second quarter of $276 million was comparable to the prior year. Wireline capital spending increased $28 million compared to the prior year primarily due to the timing of expenditures, while Wireless spending decreased by approximately $31 million year-over-year due to additional costs associated with the deployment of 700 MHz spectrum and expansion of the wireless network in the previous year.

Free cash flow for the quarter of $191 million compared to $159 million in the prior year. The increase was largely due to higher adjusted EBITDA and lower cash taxes and interest.

Recent developments regarding the COVID-19 pandemic have resulted in a substantive shift in management’s focus towards ensuring the continued safety of our people, connectivity of our customer base, compliance with guidelines and requirements issued by various health authorities and government organizations, and continuity of other critical business operations. However, due to the speed with which the situation is developing and the uncertainty of its magnitude, outcome and duration, in addition to the recent commodity price challenges, our current estimates of our operational and financial results are subject to a significantly higher degree of uncertainty. Consumer behaviors could change materially, including the potential downward migration of services, acceleration of cord-cutting and the ability to pay their bills, due to the challenging economic situation. Shaw Business primarily serves the small and medium sized market, who are also particularly vulnerable to the economic impacts of commodity price challenges and COVID-19, including mandated closures or further social distancing restrictions.

Accordingly, the impact on our operations and financial results could be materially different than expected and therefore, considering this unprecedented and uncertain environment, the Company is withdrawing its previously issued fiscal 2020 guidance. We believe our business and networks provide critical and essential services to Canadians and will remain resilient in this environment. Management continues to actively monitor the impacts to the business and make the appropriate adjustments to operating and capital expenditures to reflect the continuously evolving environment. In fiscal 2020, the Company now expects to deliver adjusted EBITDA growth (pre and post IFRS 16) and free cash flow is expected to be substantially in line with our previous guidance, which is supportive of our current dividend levels. Out of an abundance of caution and considering the emphasis on preserving a strong liquidity position in these uncertain times, the Company is also announcing the suspension of any additional share repurchases under its NCIB.

“We are in a period of widespread uncertainty; however, I have conviction that our industry is resilient, and that Shaw is in a strong position to withstand the challenges ahead as a result of the strategic and operational changes we have made over the last number of years. We have become a more efficient organization by embracing an operating model that facilitates self-serve and digital interactions with our customers. We have great partnerships with our strategic suppliers and vendors and are committed to each other’s success. Our year-to-date operational performance has been solid, and we continue to have significant financial flexibility and liquidity through our balance sheet strength and available credit facility,” said Brad Shaw. “As we continuously monitor and adjust our operations to manage the impacts from the economic challenges related to COVID-19 and the lower commodity price environment, we now have a more cautious and prudent view of our expected performance in fiscal 2020, but I am confident in our ability to deliver substantial free cash flow in fiscal 2020 and beyond.”

Mr. Shaw concluded, “Through the vision and truly unique culture created by JR Shaw, who sadly passed away recently, we have grown into a successful Canadian business because we build world class networks and we care deeply for our employees and our customers. This unwavering commitment has served us well for the past 50 years and we will continue his legacy into the future. We have a great set of assets and we remain focused on execution and on ensuring that we provide our customers with fast and reliable connectivity services that they depend on, which support our long term strategic objectives, even through these uncertain times.”