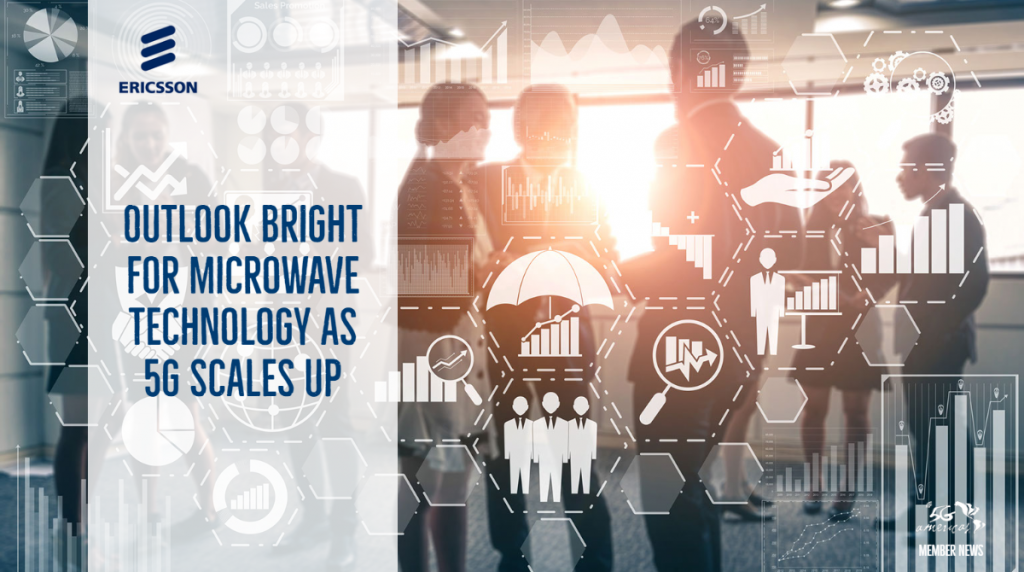 Outlook bright for microwave technology as 5G scales up

Increased efficiencies in the use of energy and spectrum as well as the exponential growth in E-band deployment as 5G scales up are among the key findings in the Microwave Outlook 2022 report released by Ericsson today.

The 16-page report shows that microwave systems have become 50 times more energy-efficient over the past two decades based on energy consumed per transported bit – thanks to factors such as wider frequency channels, introduction of capacity-boosting carrier aggregation, and use of artificial intelligence (AI).

A case study of a live wireless backhaul network of a major European service provider has shown that the combination of traffic-aware output power and AI-enabled deep sleep functionality for multi-carrier links has resulted in energy savings of up to 20 percent over a five-year period – with negligible impact on user experience or service availability.

Energy efficiency in mobile networks is key to lowering operational costs and reaching *Net Zero sustainability goals. According to the report, the use of carrier aggregation in long-haul systems can enhance capacity by around 50 percent with the same number of radios. This is particularly useful when only narrow channels are available – achieving increased capacity with the same availability while shrinking hardware footprint, power usage, and total cost of ownership compared to a traditional system, which requires twice as many radios. This will help extend the reach of high-capacity transport solutions for 5G from dense urban areas to rural or remote areas

The report also highlights the importance of maximizing capacity in spectrum-limited networks – a crucial issue in many countries. Aggressive channel reuse can be the answer. The report has analyzed the impact of reusing the same spectrum over an entire network and found out that this enables up to two times the peak capacity in dense networks with scarce spectrum resources.

“The continued upswing in 5G deployment sharpens the focus on power efficiency and maximizing capacity in spectrum-limited networks,” says Ricardo Queirós, Head of Microwave Systems, Business Area Networks, Ericsson. ”The strong 5G uptake has also intensified the use of E-band, which now constitutes six percent of the total installed microwave base – making it a key 5G backhaul player.”

The use of E-band (70/80GHz) has soared by a whopping 500 percent over the past five years to currently account for six percent of the total installed microwave base, according to the report. This is a band that allows very wide channels and multi-Gbps capacity in a single radio, enabling 5G capacities in microwave backhaul. Also, with the E-band now available in India, its usage is expected to continue growing to reach 25 percent of new 5G deployments in 2027 – with both standalone and multi-band solutions.

Microwave Outlook is a technology report focusing on microwave backhaul networks, with in-depth articles on current and emerging trends and developments in different areas that can be of interest for communications service providers who are using, or considering the use, of microwave backhaul in their network.

*Net Zero is a simple equation that describes a state where, for all remaining global greenhouse gas emissions emitted through human activities, the same amount is absorbed from the atmosphere.