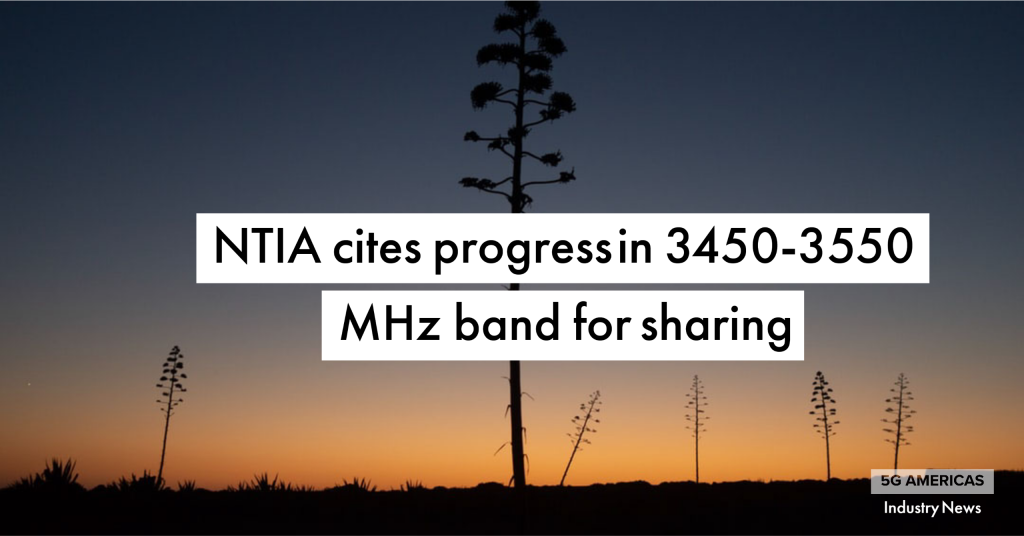 In an encouraging sign from the National Telecommunications and Information Administration (NTIA) for operators, the entity announced significant progress in finding potential spectrum sharing options for the 3450-3550 MHz band.

The news comes as the Federal Communications Commission (FCC) announced this week that the nearby 3.5 GHz Citizens Broadband Radio Services (CBRS) band is officially open for commercial business. The band includes a portion for unlicensed uses as well as a planned auction later this year for licensed services.

The NTIA produced a technical report this week indicating that while commercial operations in the 3450-3550 MHz band would impact incumbent federal systems, spectrum sharing may be possible that provides both sufficient protection to incumbent operations and attractive opportunities for commercial business.

Federal operations in the band include shipborne, airborne, and land-based systems—primarily radars. “Our report points to a clear possibility for real time spectrum sharing that would protect these critical missions, while providing attractive opportunities for commercial business,” the NTIA said in a blog post.

Specifically, the report analyzes the potential for the federal systems to share spectrum with outdoor base stations, indoor access points, and mobile user equipment.

NTIA selected the 3450-3550 MHz band for study as part of its ongoing effort to identify federal spectrum for potential repurposing, either by relocating federal users or sharing the spectrum with commercial users.

This 100 MHz is part of a larger band at 3100-3550 MHz that NTIA is studying in conjunction with federal government users, including the Department of Defense (DoD), and it will report on that later this year as required by the Mobile Now Act. The 3100-3550 MHz band is critical to DoD radar operations for national defense, NTIA said.

“The technical report and our ongoing research reflect a commitment across the U.S. government to support deployment of wireless broadband and foster American leadership in 5G,” the agency said. “NTIA will work with our partners to do everything we can to bring our nation’s 5G future to fruition.”

The 3.5 GHz CBRS band was at one point considered a big experiment. As the CBRS Alliance noted in its press release, the success of that initiative is the result of partnerships between industry and government organizations, including the FCC, NTIA, Institute for Telecommunication Sciences (ITS) and DoD, along with the Wireless Innovation Forum and the 159 members of the CBRS Alliance.

Link to the original article