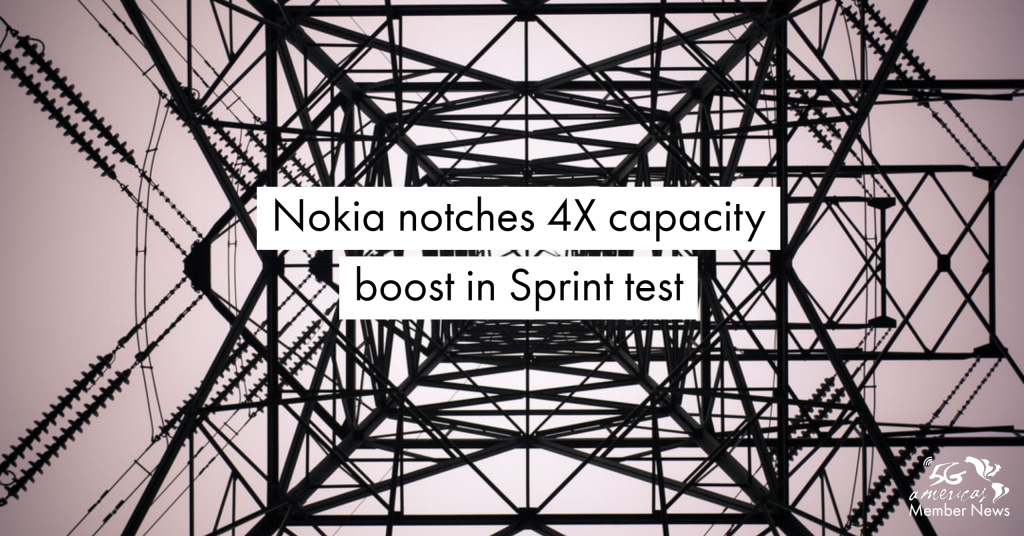 Nokia touted a new lab achievement over Sprint’s 2.5 GHz spectrum that boosted 5G capacity by up to four times through a software upgrade.

It showcased Nokia’s AirScale Dual Mode Massive MIMO for 5G and LTE, using a single radio unit for both LTE and 5G. The test also tapped commercial hotspot devices. Nokia said once its service is commercially available operators will be able to “vastly increase” network capacity through software updates to the base station, without the need to invest in more spectrum or require site visits to swap out hardware or transport.

Sprint, which is preparing to merge with T-Mobile, emphasized the benefits of EN-DC and Massive MIMO when it first launched 5G service in four markets in May 2019. Sprint tapped Nokia for 5G launches in parts of New York, Los Angeles, Washington, D.C., and Phoenix, but also counts Ericsson and Samsung as 5G vendors.

“The demand for 4G and 5G mobile data continues to rise exponentially and this impacts network capacity,” said Tommi Uitto, president of Mobile Networks at Nokia, in a statement. “This test is an important milestone as it will help operators to vastly increase capacity now and in the future, helping to deliver excellent customer experiences while keeping costs to a minimum.”

By the end of 2019 North America had nearly 590,000 5G connections and 483 million LTE connections, according to new data from 5G Americas. Over the next year, those figures are only expected to increase, particularly for 5G.

By the end of 2020 Omdia projects North America will have 13.9 million 5G connections, while LTE continues to grow by 6.1% annually, reaching 513 million connections in the region at that time.