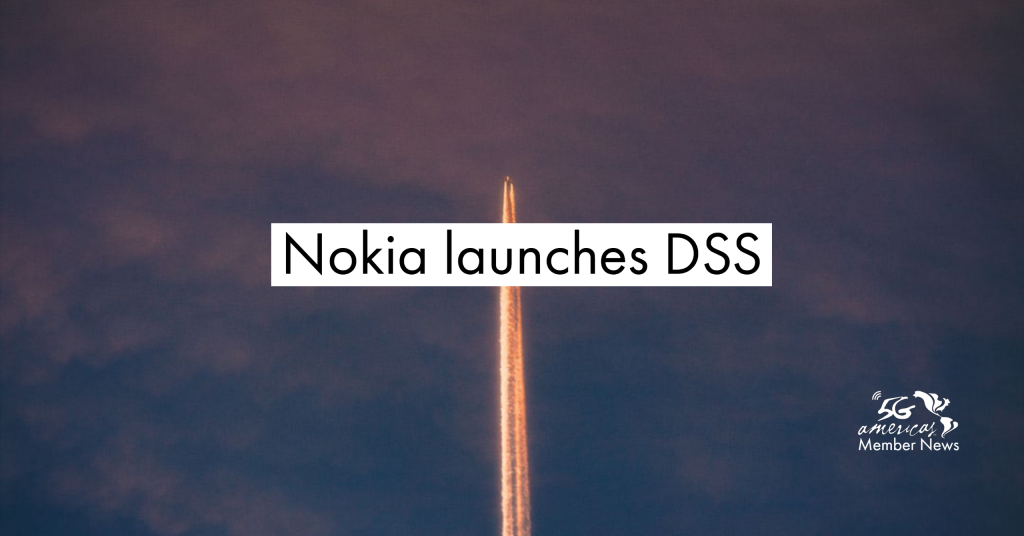 Nokia today announced the launch of its version of Dynamic Spectrum Sharing (DSS) for existing Nokia AirScale base stations.

Nokia said its DSS solution goes beyond 4G/5G to include dynamic sharing between 2G, 3G and 4G technologies to enable a smooth evolution toward 5G deployments.

Some operators in the U.S., including Verizon and AT&T, have been looking at DSS to help provide 5G coverage without having to conduct the traditional refarming required in past technology migrations. T-Mobile, which has boasted about the 5G coverage its 600 MHz spectrum enables, is not as reliant on DSS, at least initially.

The 4G/5G DSS feature, which has been the subject of interest from operators, automatically coordinates the spectrum usage between 4G and 5G, helping operators reuse existing 4G radio networks and speed up 5G rollouts, Nokia explained.

Verizon in particular is concentrating its 5G launches on the use of millimeter wave (mmWave) spectrum, while its vast LTE network uses the lower-band spectrum. With DSS, it can reuse the lower frequency spectrum for 5G coverage.

But there’s been some controversy about DSS. During T-Mobile’s fourth-quarter earnings call, T-Mobile President of Technology Neville Ray said it’s going to be a “tough year” on DSS, adding that one of the major network equipment vendors was “very late” on delivering the capability. He didn’t name the vendor, but Ericsson has been out in front with DSS. T-Mobile’s two main infrastructure vendors are Ericsson and Nokia.

Verizon and AT&T executives were not of the same vein, with Verizon’s network team stressing a week later that DSS was out of lab testing with all three of its vendors – Samsung being among them – and chipsets were ready. Verizon executives told Wells Fargo Securities analysts that Verizon “strongly” disagreed with T-Mobile on DSS readiness.

Meanwhile, Nokia is forging ahead, saying initial deliveries of its DSS solution are planned to start this month, with volume shipments expected by July, in line with the availability of DSS-capable mobile devices.

Nokia also announced what it described as a number of 5G cloud radio access network (RAN) innovations, including the Nokia AirScale All-in-Cloud base station, which virtualizes real-time baseband and puts the baseband processing power at the edge of the network to meet extremely low-latency requirements.

Nokia Bell Labs already is demonstrating a prototype of the next evolutionary step of this domain to customers, the Nokia AirScale Cloud-native RAN, which will implement the characteristics of a cloud-native environment. This will be supported by an edge infrastructure and a chipset from Nokia’s “Powered by ReefShark” portfolio as well as a choice of central processing units (CPU) and graphics processing units (GPU).

“All of these upgrades are designed to support mobile operators in their efforts to deliver compelling 5G experiences to their customers faster and at a lower cost. They will also support with increased demand for capacity, which is critical in the current environment,” said Tommi Uitto, president of Mobile Networks at Nokia, in a statement.