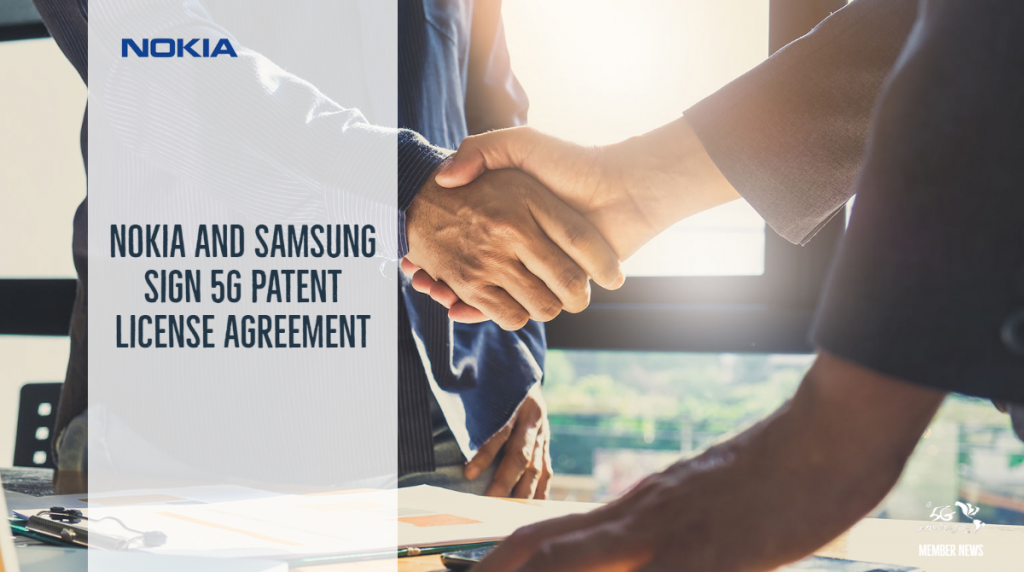 Espoo, Finland – Nokia announced today it has signed a new cross-license patent agreement with Samsung following the expiry of the previous agreement at the end of 2022.

Under the agreement, which covers Nokia’s fundamental inventions in 5G and other technologies, Samsung will make payments to Nokia for a multi-year period beginning 1 January 2023. The terms of the agreement remain confidential between the parties.

Jenni Lukander, President of Nokia Technologies, said: “Samsung is a leader in the smartphone industry, and we are delighted to have reached an amicable agreement with them. The agreement gives both companies the freedom to innovate, and reflects the strength of Nokia’s patent portfolio, decades-long investments in R&D and contributions to cellular standards and other technologies.”

The agreement is consistent with the assumptions that Nokia has disclosed in the long-term Nokia Technologies outlook commentary in its Financial Report for Q3 and January-September 2022 issued on October 20, 2022.

Nokia’s industry-leading patent portfolio is built on more than €130 billion invested in R&D since 2000 and is composed of around 20,000 patent families, including over 4,500 patent families declared essential to 5G. Nokia contributes its inventions to open standards in return for the right to license them on fair, reasonable and non-discriminatory (FRAND) terms. Companies can license and use these technologies without the need to make their own substantial investments in the standards, fueling innovation and the development of new products and services for consumers.

About Nokia
At Nokia, we create technology that helps the world act together.

Adhering to high standards of integrity and security, we help build the capabilities needed for a more productive, sustainable and inclusive world.