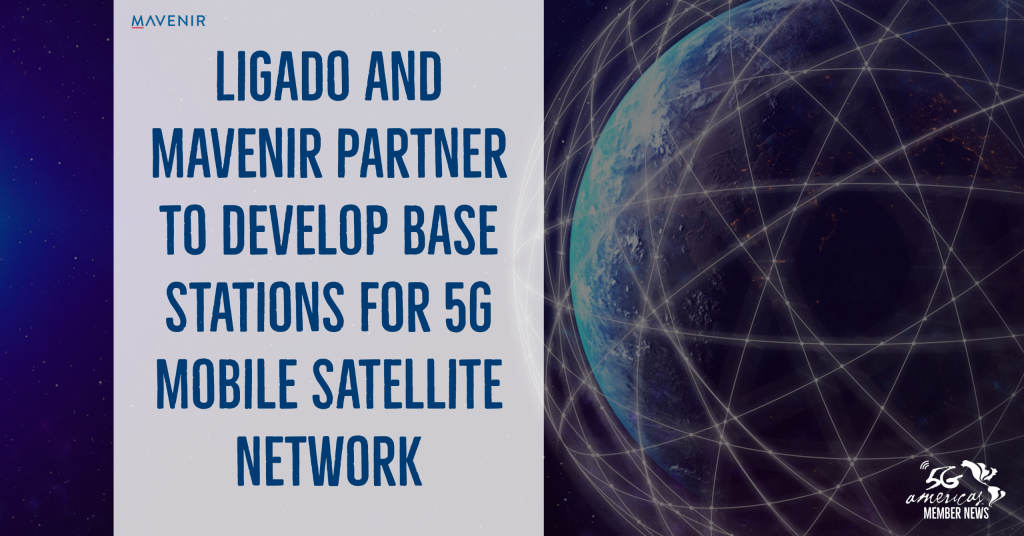 Mobile satellite network will connect tens of millions Internet of Things devices across the U.S. and North America

RESTON, VA. August 18, 2021 – Mobile communications company Ligado Networks today advanced its plan to deploy the first 5G mobile satellite network for the Internet of Things, announcing it is partnering with Mavenir to develop base stations for advanced connectivity services that enable business-critical operations anywhere in the United States and North America.

The satellite network adds extended coverage and network redundancy to the company’s planned 5G mobile private network solution, thereby enabling always-on connectivity and coverage across an enterprise’s entire footprint. It will also add to the capabilities of other terrestrial wireless operators by making use of mainstream, lowcost chipsets and devices that can support both mobile satellite and terrestrial connectivity.

“We are deeply committed to supporting critical infrastructure enterprises as they modernize their operations for a 21st Century economy,” said Ligado Chief Executive Officer Doug Smith. “Ubiquitous network coverage and reliability are especially essential for critical device communications, which makes our 5G satellite IoT network a pivotal tool to ensure always-on connectivity and data management for an enterprise’s entire fleet of devices.”

Ligado plans to adapt 3GPP standards-based technology for mobile satellite use, which will enable the network to support devices using mainstream, low-cost chipsets that can also operate on terrestrial IoT networks. With the 22-meter reflector-based antenna of Ligado’s SkyTerra 1 satellite, the network will also support the small, low-cost IoT devices being used for innovative applications like vehicle diagnostics, environmental monitoring, first-responder connectivity, and smart metering.

“We are excited to work with Ligado on ORAN-based 5G base station development. With this engagement, Mavenir and the ORAN ecosystem not only strengthen their place in enterprise deployments but also enter a phase of innovation in cellular service delivery via non-terrestrial networks,” said Pardeep Kohli, president and CEO of Mavenir. “We are looking forward to expanding our Open RAN product portfolio to meet the evolving needs of terrestrial and non-terrestrial networks and their co-existence in the future.”

The partnership highlights Ligado’s industry leadership in developing IoT standards for mobile satellite networks. The company has led work within the 3GPP to develop such standards, which will help satellite and terrestrial networks operate in harmony.