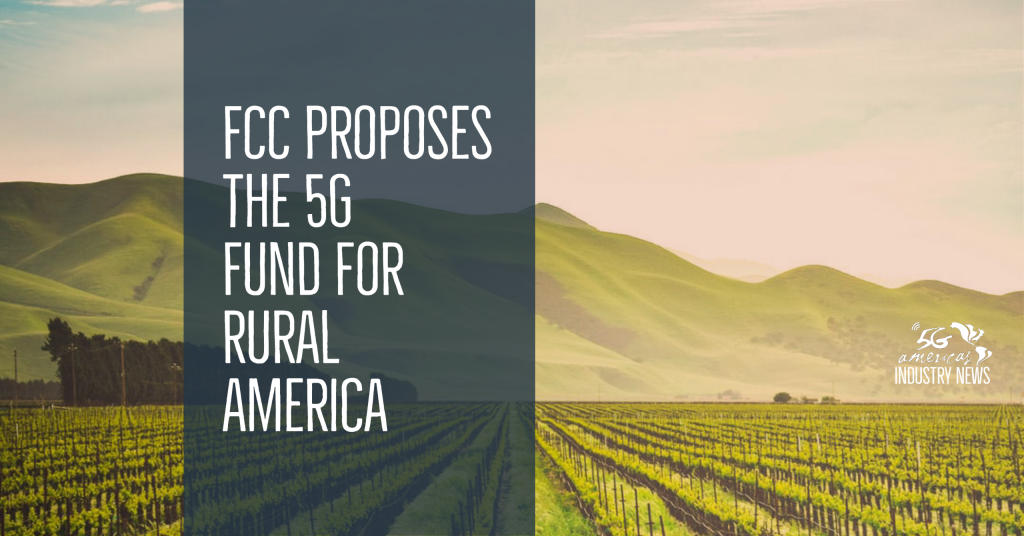 The Notice proposes to distribute up to $9 billion through the Universal Service Fund across rural America for 5G wireless broadband connectivity. The 5G Fund would help ensure that rural Americans enjoy the same benefits from our increasingly digital economy as their urban counterparts—more than 200 million of whom already have access to major providers’ 5G networks—and would include a special focus on deployments that support precision agriculture.

In addition to 5G networks already coming online in urban and suburban areas, the Commission conditioned approval of the T-Mobile/Sprint transaction on T-Mobile’s commitment to deploy its 5G network to 90% of rural Americans. Today’s Notice proposes to make available up to $8 billion in Phase I to support deployment of 5G networks in rural areas that are unlikely to see timely deployment without this support or as part of the T-Mobile transaction deployment commitments. The second phase would target at least $1 billion in support to bring wireless connectivity to harder to serve and higher cost areas, including farms and ranches, to help facilitate adoption of connected precision agriculture technologies.

The 5G Fund for Rural America would use a competitive reverse auction format to award funding for wireless broadband services, building on the success of the FCC’s recent Connect America Fund Phase II auction and the design for the upcoming Rural Digital Opportunity Fund Phase I auction. The Notice seeks comment on two different approaches to identifying eligible areas for the Phase I reverse auction: One approach would hold an auction in 2021 by defining eligible areas based on current data sources that identify areas as particularly rural and thus in the greatest need of universal service support and prioritize funding to areas that have historically lacked 4G LTE or even 3G service. An alternative option would delay the 5G Fund Phase I auction until at least 2023, after collecting and processing improved mobile broadband coverage data through the Commission’s new Digital Opportunity Data Collection. The proposed 5G Fund budget also includes $680 million reserved to support 5G networks serving Tribal lands as part of Phase I.

More information on the FCC’s comprehensive strategy to Facilitate America’s Superiority in 5G Technology (the 5G FAST Plan) is available at: https://www.fcc.gov/5G.