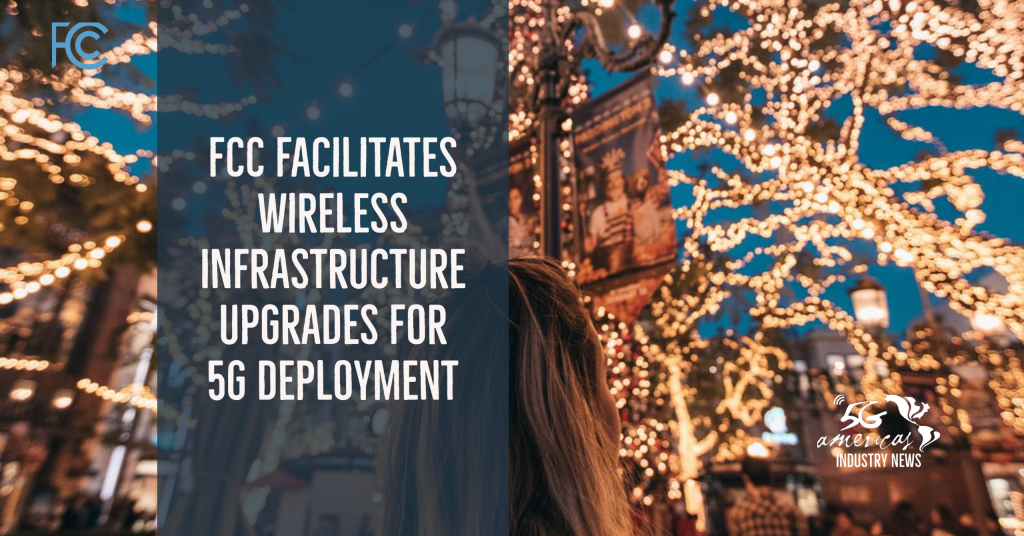 WASHINGTON, June 9, 2020—The Federal Communications Commission today took action to facilitate the deployment of 5G networks across the United States by clarifying and seeking comment on the Commission’s rules regarding state and local government review of modifications to existing wireless infrastructure. Today’s action will expedite equipment upgrades to deploy these next-generation networks, which are critical to expanding economic opportunities and supporting public health and safety in American communities.

Congress enacted section 6409(a) of the Spectrum Act of 2012 to streamline state and local government review of certain requests to modify wireless transmission equipment on existing structures, and the Commission in 2014 adopted rules to implement section 6409(a). Under this framework, a state or local government shall approve within 60 days any request for modification of an existing structure that does not substantially change the physical dimensions of that structure.

The Declaratory Ruling adopted today clarifies the Commission’s 2014 rules with regard to when the 60-day shot clock for local review begins. The ruling also clarifies how certain aspects of proposed modifications – height increases, equipment cabinet additions, and impact on concealment elements and aesthetic conditions – affect eligibility for streamlined review under section 6409(a). In addition, today’s action clarifies that, under the Commission’s rules on environmental and historic preservation review, FCC applicants do not need to submit environmental assessments based only on potential impacts to historic properties when parties have entered into a memorandum of agreement to mitigate effects on those properties.

The Commission also adopted a Notice of Proposed Rulemaking that seeks comment on proposed rule changes regarding excavation or deployment outside the boundaries of an existing tower site and the effects of such activities on eligibility for streamlined review under section 6409(a).

The action taken today is a crucial next step in the FCC’s ongoing efforts to remove regulatory barriers that inhibit the deployment of infrastructure critical to building 5G networks.