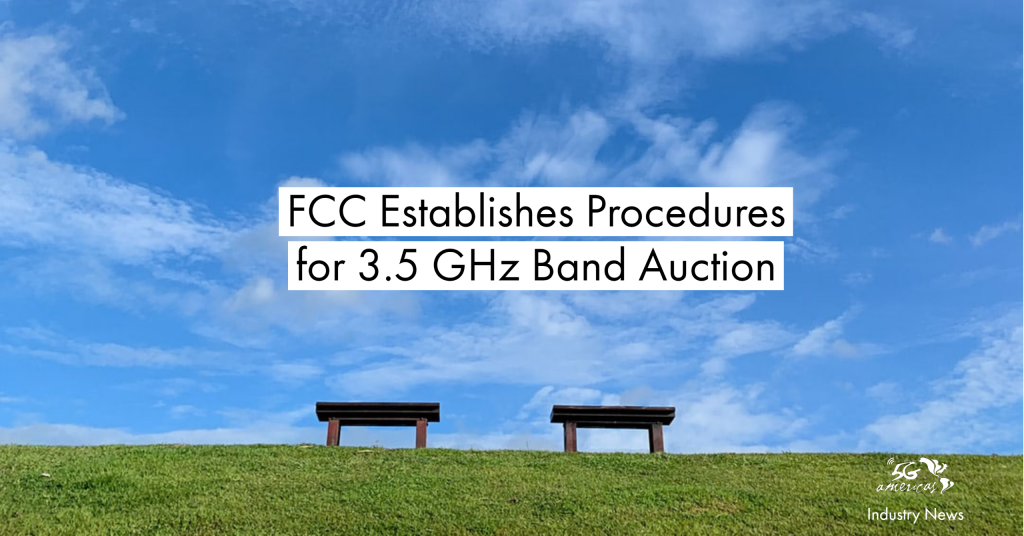 Auction of Priority Access Licenses in the 3.55-3.65 GHz Band Will Encourage Increased Investment and Deployment in Mid-band Spectrum for 5G

WASHINGTON, February 28, 2020—The Federal Communications Commission today established application and bidding procedures for the auction of over 22,000 county-sized Priority Access Licenses (PALs) in the 3.5 GHz band. The 3.5 GHz band holds the potential to be prime mid-band spectrum for 5G services, and the Commission is planning to auction PALs to increase innovation and investment in this band.

Bidding in this auction, which is designated as Auction 105, is scheduled to commence on June 25, 2020. This auction will offer up to seven PALs in each county-based license area, for a total of 22,631 PALs nationwide—the largest number of spectrum licenses ever made available for bidding in a single auction. Each PAL will consist of a 10-megahertz unpaired channel in the 3.55-3.65 GHz band.

The Public Notice approved by the FCC today provides details regarding the procedures governing participation in Auction 105. Specifically, the Public Notice:

• Adopts an ascending clock auction format in which bidders indicate their demand for generic license blocks in specific counties as prices increase (licensees will be dynamically assigned a specific channel by frequency coordinators known as Spectrum Access Systems);
• Permits bidding on a county-by-county basis, and allows bidders to bid for no more than four generic blocks of spectrum per county;
• Incorporates for the first time in a Commission spectrum auction an “activity upper limit” to mitigate the possibility of a bidder losing bidding eligibility in certain circumstances; and
• Adopts bidding credit caps of $25 million for small businesses and $10 million for rural service providers, as well as a $10 million cap on the overall amount of bidding credits that a small business bidder may apply to winning licenses in smaller markets.

The Public Notice also adopts rules for upfront payments and other auction procedures, as well as post-auction application and payment processes.