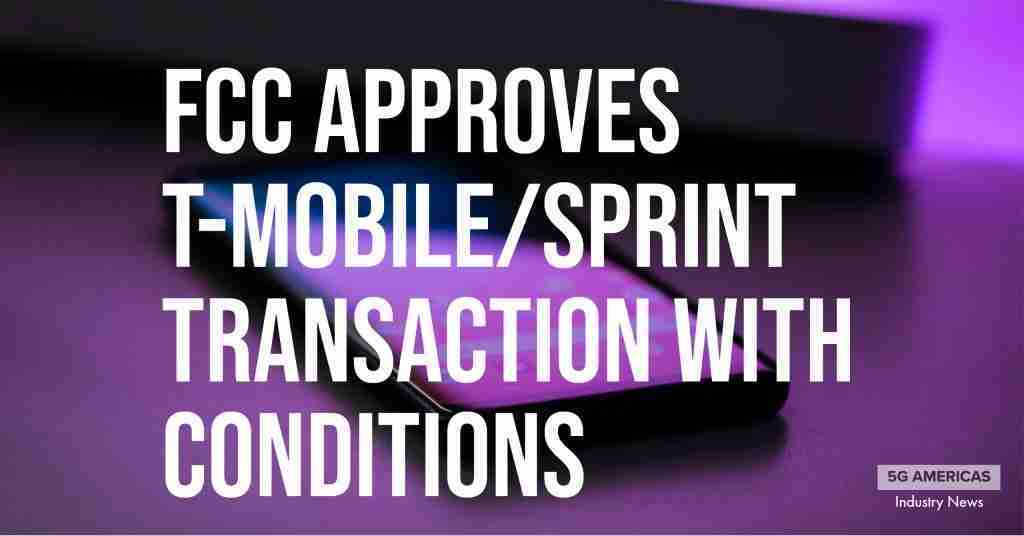 The Commission found that the transaction will help close the digital divide and advance United States leadership in 5G, the next generation of wireless connectivity. Specifically, T-Mobile and Sprint have committed within three years to deploy 5G service to cover 97% of the American people, and within six years to reach 99% of all Americans. This commitment includes deploying 5G service to cover 85% of rural Americans within three years and 90% of rural Americans within six years.

Today, in connection with the merger, the Commission also proposed—subject to conditions—modifications to construction deadlines related to DISH licenses.  The proposed DISH construction deadline modifications would facilitate the implementation of certain measures in the Department of Justice’s consent decree in connection with the transaction that was announced in July, where DISH pledged to become a new entrant into the wireless industry, offering cutting-edge 5G service to over two-thirds of Americans within four years.

When considering whether to approve a transaction, the Commission must determine whether the public interest, convenience, and necessity will be served.  To this end, Commission staff conducted an exhaustive review of the proposed transaction, including reviewing hundreds of thousands of pages of pleadings, documents, and the substantial material filed by the Applicants and third parties in response to our information requests.  In addition, Commission staff studied and analyzed the engineering and economic models submitted by the Applicants and other commenters, and it conducted independent analyses of the public interest claims of the Applicants and third parties.

Upon completion of its more than year-long review, the Commission determined that approval of the applications of T-Mobile and Sprint—subject to conditions—is in the public interest.  The combination of T-Mobile and Sprint will advance significantly the deployment of state-of-the-art 5G networks across the United States.  The deployment of 5G networks is a critical national priority that will bring meaningful benefits to American consumers by delivering faster speeds and lower latency and by supporting the development of advanced applications and services.

More information can be found by visiting the T-Mobile/Sprint transaction page here:  https://www.fcc.gov/transaction/t-mobile-sprint.