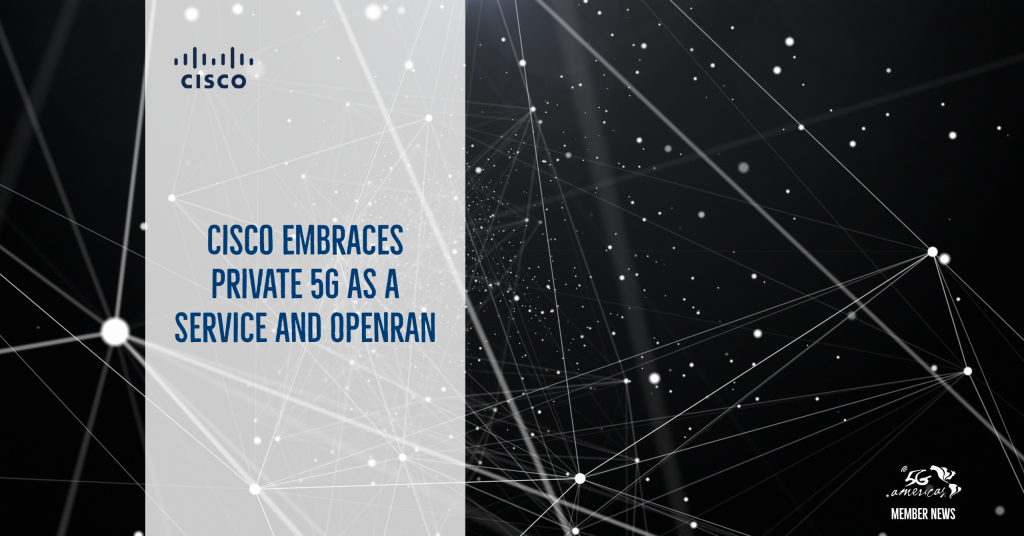 Principal Analyst Will Townsend shares how Private 5G As a Service can accelerate digital transformation within the enterprise.

Networking as a Service (NaaS) is gaining tremendous momentum as enterprises embrace IT consumption and subscription services for many operational functions, given its agility and delivery of the latest feature set. The balance sheet benefits are also compelling, allowing organizations of all sizes to treat such deployments as an operational expense forgoing the need to capitalize on the purchase of infrastructure. Given the current state of economic affairs with rising inflation, the latter is an attractive consideration.

Cisco+ and the NaaS opportunity

Thus, it is no surprise that Cisco launched its Cisco+ consumption service platform in 2021. The networking infrastructure giant also published its take on the NaaS opportunity in its recent 2022 Global Networking Trends Report. Cisco identifies several key takeaways, and many of them align with my definition of a complete NaaS offering. Key elements include IT staff resilience, agility, improved line of business support, faster access to the latest technologies, and quality of service that supports mission-critical service level agreements. Cisco’s research is compelling and worth reading for enterprises considering the leap to a networking subscription service.

Those infrastructure providers that leverage multiple routes to market for NaaS will reap the reward of a greater share of market opportunity. In my opinion, Cisco is uniquely positioned among many of its competitors with mature enterprise and service provider business units and the necessary channel partner relationships. For service providers, the Cisco Private 5G as a service offering also presents these companies with an incremental monetization opportunity.

At Mobile World Congress (MWC) Barcelona, Cisco provided more details on its Private 5G as a service. Cisco will provide the mobile core technology, and partnerships with Airspan Networks and JMA Wireless will deliver the Open RAN architecture. What strikes me as compelling with Cisco’s entry into private 5G is its deep IoT capabilities with a broad portfolio of industrial routers, switches, and gateways, as well as industrial security and management applications. I believe that well over half of the addressable market for private cellular networking is manufacturing automation – thus, Cisco should capitalize. I also like that the company focuses on facilitating the management of its new 5G service alongside Wi-Fi. The reality is that Wi-Fi will continue to dominate the traditional IT carpeted areas of enterprises with cellular connectivity providing the needed propagation, throughput, and latency for OT environments.

Cisco also announced a strategic agreement with Rakuten Symphony at MWC, to develop and deliver solutions based on LTE and 5G Open RAN architectures. The disaggregated nature of Open RAN promises to accelerate private cellular networking adoption given its capital and operational expense benefits. However, Open RAN also creates new complexities for service providers and enterprise alike given the need for integration. To address these challenges, both companies have been engaging on multiple fronts for the past four years, but the recent agreement should be compelling by:

Private 5G as a service is compelling because it can accelerate digital transformation within the enterprise and open new monetization opportunities for service providers – especially in OT environments underserved by Wi-Fi. Much has been lauded about Industry 4.0, but its success will hinge on the co-existence of Wi-Fi and cellular access within the enterprise. Wi-Fi and 5G are truly “better together”, and Cisco continues to demonstrate strength in both areas.

One could argue that Cisco has been on the sidelines relative to some of its peers with NaaS. However, with its Cisco+ platform and now Private 5G as a service– it is now front and center while also helping operators such as Rakuten and Dish Wireless launch cloud-native, highly virtualized, and disaggregated public mobile networks. With that said, the market for private 5G is becoming crowded with Amazon Web Services, HPE, and others. Thus, the million-dollar question in my mind is – how is Cisco’s approach differentiated relative to its incumbent competitors? From my perspective, deep IoT capabilities, a massive enterprise customer install-base, a strong service provider business represented by its Mass Scale Infrastructure unit, a significant IT channel presence that facilitates sales reach, and a robust set of partnerships that span complimentary cellular infrastructure providers like Rakuten Symphony and mobile network operators.

Time will tell, but if Cisco leans into its superpowers and demystifies the management of 5G within the enterprise while making it easy to consume as a service, it should be well-positioned to capitalize on the Private 5G opportunity.

Will Townsend is the Vice President and Principal Analyst that manages the Networking Infrastructure and Security practices at Moor Insights & Strategy. Mr. Townsend has been featured on NPR, CNBC, NBC’s Today Show, and in the Wall Street Journal, providing insights into enterprise networking and 5G. Mr. Townsend is also considered one of the top networking analysts in the world.