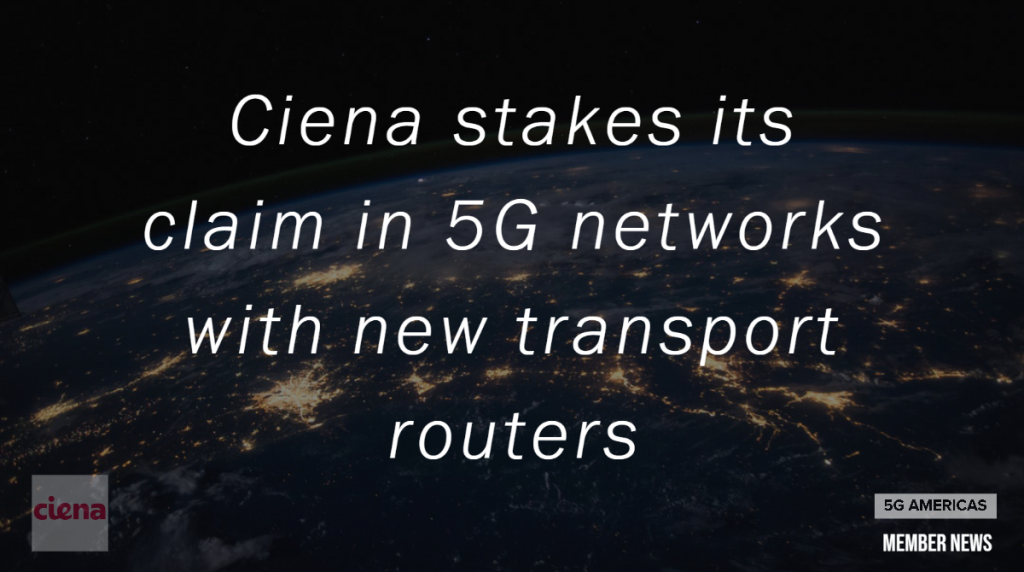 Ciena is well-known as an optical transport vendor that provides backhaul for wireless networks. The company wants to stake its claim in the 5G ecosystem, which will require deep fiber cloud RAN architectures. Today, Ciena announced new 5G-optimized routers to meet the low-latency, high-performance demands of fronthaul, midhaul and backhaul transport.

Fronthaul is the connection between the remote radio units (RRUs) and the baseband unit. At the outer circle of a cellular network topology RRUs are distributed every few miles in cities and suburban areas. These RRUs comprise antennas and also some compute functionality. Fiber runs from a cluster of these RRUs to connect to a baseband unit.

Midhaul is the next link in the topology, connecting the distributed baseband units to a more centralized processor. And finally, the backhaul is the final link connecting everything to the core of the network.

Rebecca Prudhomme, VP of portfolio marketing at Ciena, said “If you think about it, from the point of the device to the radio tower — that piece is wireless. After that, all traffic has to be carried across the wireline network. Our Ethernet platforms support more than 50% of the cell towers in the U.S. We’ve got this pedigree of playing in the wireline backhaul piece of the mobile network.”

“A key problem we’re solving is that if you think about 5G, it’s not like 4G is going away,” said Prudhomme. “Statistics tell us that by 2025, 50% of mobile networks will be 4G and 15%* of the mobile technology mix will be 5G. Our customers are looking for platforms that support both 4G and 5G.”

Ciena’s routers will also be able to support the new 5G network slicing functions. Prudhomme explained the distinction between “hard slicing” and “soft slicing.” She said, “soft slicing is like segment routing.” Hard slicing refers to new standards from the ITU for handling network slices in the transport network, dedicating transport resources to support a service from end to end. “A network slice has to go from the edge of network, through the front, mid and backhaul,” she said.

Additionally, Ciena’s new routers work with the vendor’s Blue Planet software, which provides closed-loop automation of the network. Blue Planet software orchestrates resources based on dynamic needs such as bandwidth. And it also provides visibility into the network along with service assurance. Prudhomme said some of Blue Planet’s new capabilities come from a couple of recent acquisitions. In 2018 the company bought DonRiver, a niche OSS inventory player. And in October Ciena bought Centina, which brought service assurance capabilities.

“We’re playing in a much broader space,” said Prudhomme. “When a slice is defined in the network we can use Blue Planet to define the slice, create it, monitor it, moderate it for SLAs. When we talk about Blue Planet in the context of 5G, you’ll hear us talk about zero-touch slicing management.”