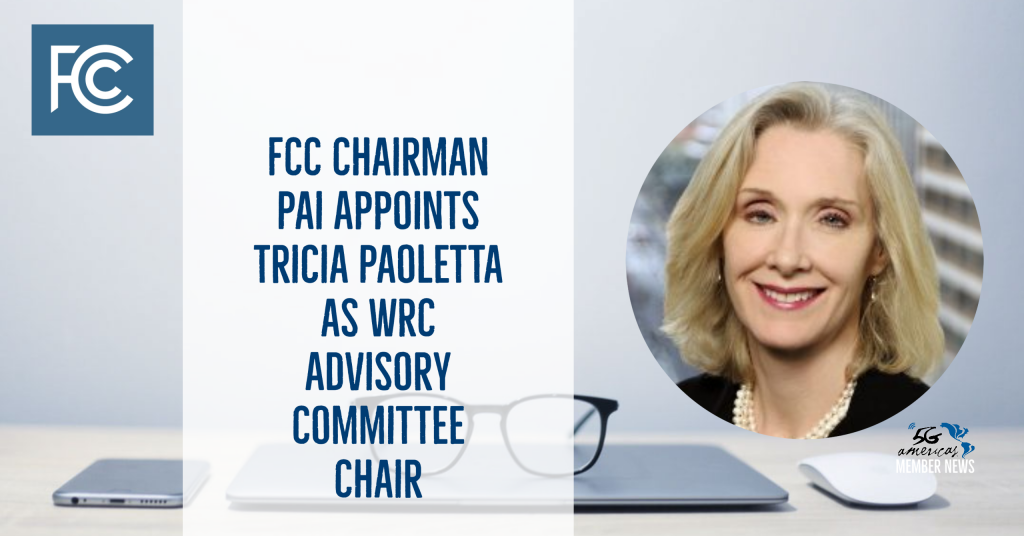 “The FCC’s approach to the next World Radiocommunication Conference will have significant implications for America’s leadership in the development and deployment of next-generation communications services, and it is therefore vital that this advisory committee provide the Commissioners and staff with its best advice as we look ahead to 2023,” said Chairman Pai.  “Tricia and Bryan together bring to the committee a wealth of knowledge about the communications industry and experience in building coalitions among industry players and across federal government agencies.  I am grateful that they have agreed to serve in these leadership roles for this critical advisory committee.”

Ms. Paoletta is a partner with the law firm of Harris, Wiltshire & Grannis, LLP, where she focuses on telecommunications, trade, and technology policy.  She previously served as Director of Telecommunications Trade Policy in the Office of the U.S. Trade Representative, where she worked on issues such as the World Trade Organization’s Information Technology Agreement, the Basic Telecommunications Agreement, and other bilateral agreements.  She has also served as Senior Advisor to the FCC’s International Bureau Chief.  Ms. Paoletta is a graduate of Boston College and Georgetown University Law Center.

Mr. Tramont is the managing partner at Wilkinson Barker Knauer, LLP.  Prior to joining the firm, he served as Chief of Staff of the FCC under Chairman Michael Powell.  Before being elevated to Chief of Staff, Mr. Tramont was Chairman Powell’s Senior Legal Advisor, a position he also held for both Commissioner Kathleen Abernathy and Commissioner Harold Furchtgott-Roth.  He currently serves as a member of NTIA’s Commerce Spectrum Management Advisory Committee.  Mr. Tramont is a graduate of The George Washington University and Yale Law School.