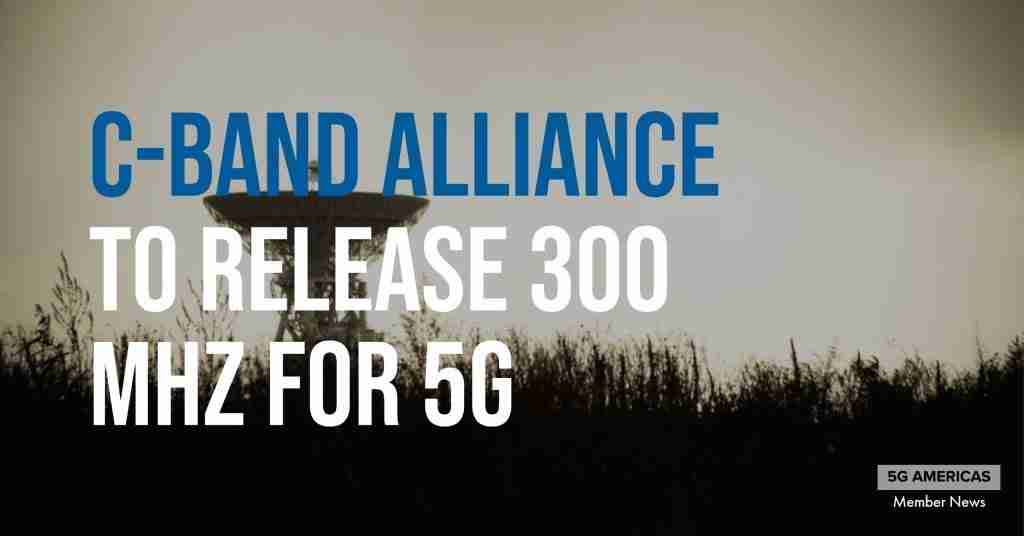 WASHINGTON — The C-Band Alliance (CBA) announced today that it will commit to clear 300 MHz of C-band spectrum to support fast 5G wireless deployment throughout the continental U.S. In an updated filing with the U.S. Federal Communications Commission (FCC), the CBA detailed that the 300 MHz of spectrum includes a 20-MHz guard band to protect existing satellite services from 5G interference.

Further enhancing its plan to clear spectrum quickly, the first tranche—which clears spectrum within 18 months of an FCC order in 46 top metropolitan zones—is now increased to 120 MHz, inclusive of the 20-MHz guard band. The second tranche of the remaining spectrum will be made available within 36 months from a CBA-led auction, providing cleared spectrum throughout the entire continental U.S.

As it completed the work necessary to enhance its proposal, the CBA collaborated closely with U.S. broadcasters and programmers that serve nearly 120 million American homes via the C-band. This work included analyzing the potential use by some customers of technologies such as advanced modulation, single format transport and advanced video compression, including High Efficiency Video Coding (HEVC). Each of these technologies improves the efficiency of satellite video delivery, allowing the same video content to be transmitted over less spectrum. The CBA proposal commits to implement these technology upgrades at no cost to those satellite customers implementing them.

The CBA remains committed to ensuring that existing customers continue to enjoy the quality of service they experience now, with no interference from 5G services deployed in the future. The CBA member companies will maintain continuity of all current C-band customer services and maintain the value of the continental U.S. C-band video distribution neighborhoods.

In its most recent ex parte filing, the CBA updated its commitments to its customers, including on key elements such as the transition plan, hardware selection, and interference detection processes. The CBA also affirms its commitment to covering all other costs of the transition, such as the required filtering of earth stations throughout the continental U.S. as outlined in previous CBA submissions and the order of eight new satellites from U.S. manufacturers.

The CBA’s proposal is the only one that balances the public interest in rapid 5G network deployment throughout the continental U.S. with the requirement by the FCC and C-band user community to maintain satellite delivery for current services, providing continued operating efficiency and quality.

Speaking on behalf of the C-Band Alliance, Intelsat CEO Stephen Spengler said, “Throughout this nearly two-year process, we have sought to work collaboratively as peers, to be responsive to the goals of U.S. policy makers seeking spectrum for 5G, and to work closely with our customers to protect their transmissions and understand their current and future network needs. Over this time, compression technology has continued to commercialize. We are confident that we can deliver a solution that not only maximizes the clearing of mid-band spectrum to enable 5G in the U.S., but also fully funds a spectrally-efficient, next-generation compression infrastructure for programming distribution in the U.S. This solution represents unprecedented coordination among satellite operators, our customers, and the FCC, and we look forward to delivering to the U.S. an accelerated 5G deployment and the innovation and high-technology job growth that the deployment of 5G is expected to generate for the U.S. economy.”