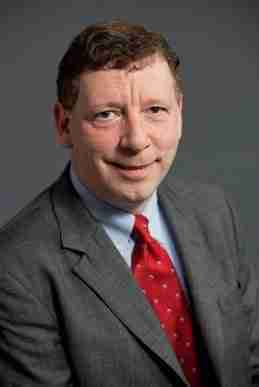 Fran is currently a member of the Emerging Technologies and Incubation team at Cisco Systems. He is active in a variety of standards bodies and fora throughout the world including 3GPP, 5GAmercias, ATIS, ETSI, GSMA, ITU, NGMN, oneM2M, and TIA. He is a regular participant in GSC (Global Standards Collaboration). Fran received the “CDMA Development Group (CDG) 2009 3G CDMA Industry Achievement Award for Industry Leadership”. He has recently been active in global 5G, IoT activities. Fran was recently elected to the ETSI Board (2020-2023) and is the ITU-R WP5D Region 2 Rapporteur.

Fran was the Senior Director of the Wireless Standards and Intellectual Property Department at Alcatel-Lucent. His Department was responsible for the development of global standards, industry relations, global spectrum policy, and the development of wireless secure communications and fraud analysis algorithms.  Fran’s Department was awarded the “2004 3G (third-generation) CDMA Industry Achievement Award for Network Technology Innovation”.

Fran has served on the Open Mobile Alliance (OMA) Board of Directors, where he also the Finance Vice-Chair and was a member of the IEEE-SA Board of Governors.  He was appointed to the IEEE Wireless Communications Engineering Technologies (WCET) Advisory Board and has served on the IPSphere Board and 5G Americas board member since its inception. Fran also chaired the Steering Committee of oneM2M. Fran has been a judge for the World Communications Awards since 2014.

Prior to becoming a Director, Fran was a Technical Manager responsible for Government, Industry, and International Affairs. His areas of focus involved standards activities within the International Telecommunications Union (ITU), the Inter-American Telecommunications Commission (CITEL), and other International Standards Bodies (e.g. ARIB, TTA, TTC).  Fran has held various leadership positions including Vice-Chair of TIA TR45.5, Co-Chair of TIA TR45.5 IMT-2000 Coordination Ad-hoc and Treasurer WCNC’02. He was active in the development of the IMT-2000 standards and in the creation of 3GPP2, OMA and oneM2M.

Prior to joining Network Wireless, Fran worked for AT&T Bell Laboratories, Undersea Systems Development Laboratory. While at Bell Laboratories he was responsible for a variety of design and performance studies of Undersea Surveillance Systems.