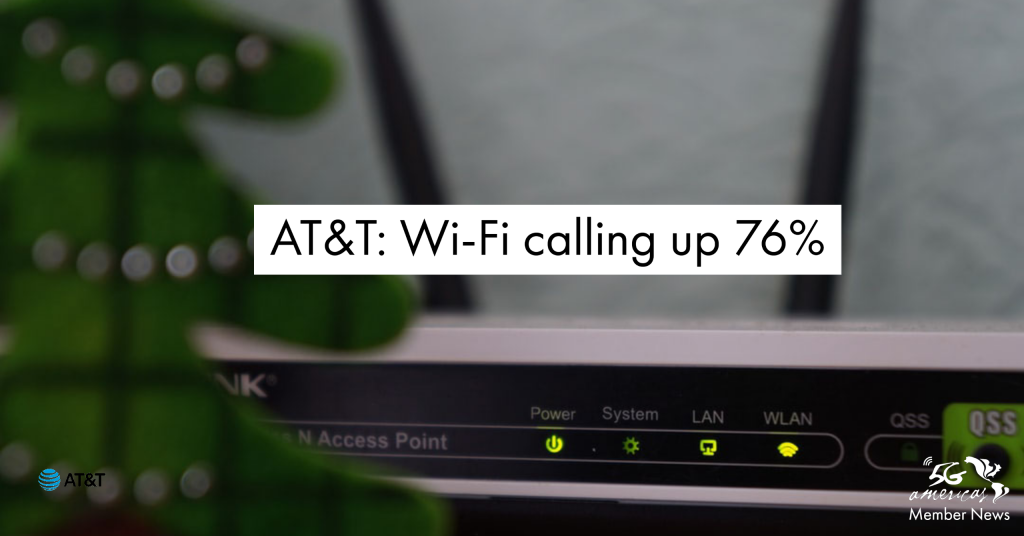 Wireless carriers say their networks are holding up as more Americans do their work, schooling and entertainment from home. Of course, much of the work is being conducted over Wi-Fi.

Verizon last week said that its network is now handling twice the number of wireless calls on weekdays compared to Mother’s Day, which traditionally carries the highest Sunday call volumes. Mobile handoffs were down 27% versus a typical week, indicating people are increasingly staying in place.

The situation puts a spotlight on the fact cellular technology doesn’t work as well indoors, but unlike Wi-Fi, cellular-based voice technologies come with a greater expectation of reliability.

When consumers do use cellular, it’s most often going to be a VoLTE call, and unlike VoLTE, Wi-Fi is not guaranteed QoS technology and therefore not prioritized in the same way. “In short, a call made using Wi-Fi can never be guaranteed to have the same quality as a VoLTE call placed over cellular networks,” noted RootMetrics in a report last week.

RootMetrics, which put its physical data collection on hold due to the pandemic, is creating a series of reports designed to show the impact of COVID-19 on mobile connectivity. Under normal circumstances, it would send teams of testers to collect mobile performance data across 125 markets in the U.S. and parts of the U.K. and Switzerland, but not now.

Most U.S. carriers now use VoLTE to carry the vast majority of calls. Sprint, which was slower to deploy VoLTE, has since caught up, according to RootMetrics Chief Commercial Officer Kevin Hasley. Smaller carriers are still in the midst of their rollouts. U.S. Cellular has said it’s in the last year of its VoLTE deployment.

While much of the industry’s focus has been on 5G and it’s not yet clear how the pandemic will affect 5G rollouts, what is clear is the reliance on both Wi-Fi and LTE during stay-at-home orders.

“LTE is still a great network,” Hasley said, especially when it’s being used for experiences like gaming and entertainment. But with so many people sequestered in their homes, that means they’re not walking around and being mobile, which is generally the point of mobile communications except where carriers are trying to compete with cable in homes with fixed wireless.

Verizon has said it’s exploring new repeater technology to improve the 5G Home experience, which so far has limited availability.

As demand shifts and everybody is at home, consumers might find it’s time to upgrade their home Wi-Fi router. “We’re in a really strange environment where the majority of users started using Wi-Fi at home and making calls on Wi-Fi,” Hasley noted.