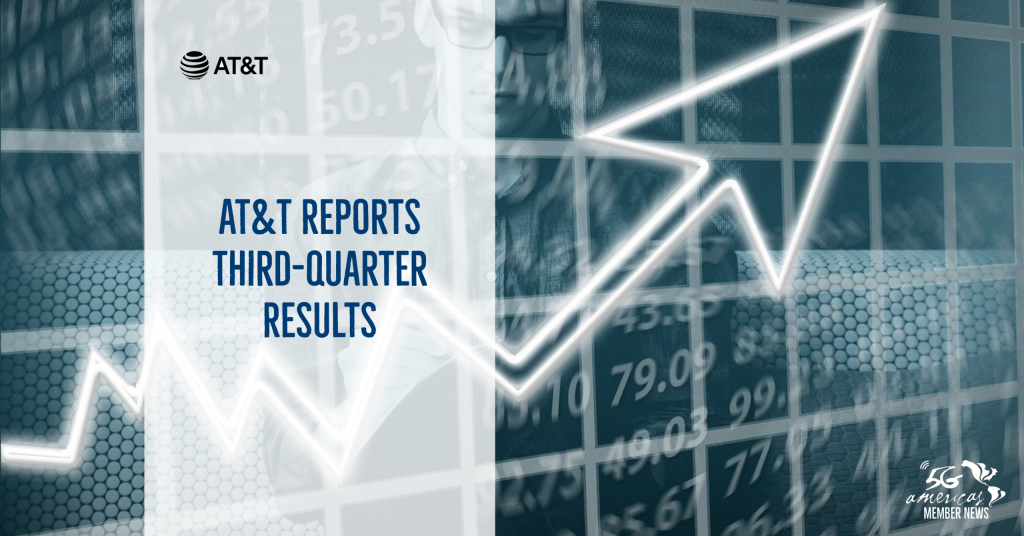 Note: AT&T’s third-quarter earnings conference call will be webcast at 8:30 a.m. ET on Thursday, October 21, 2021. The webcast and related materials will be available on AT&T’s Investor Relations website at https://investors.att.com.

“We continue to execute well in growing customer relationships, and we’re on track to meet our guidance for the year,” said John Stankey, AT&T CEO. “We had our best postpaid phone net add quarter in more than 10 years, our fiber broadband net adds increased sequentially, and HBO Max global subscribers neared 70 million. We also have clear line of sight on reaching the halfway mark by the end of the year of our $6 billion cost-savings goal.”

Consolidated revenues for the third quarter totaled $39.9 billion versus $42.3 billion in the year-ago quarter, down 5.7% reflecting our July 31, 2021, separation of the U.S. video business, other divested businesses, and lower Business Wireline revenues. These decreases were partially offset by higher Mobility and WarnerMedia revenues, which reflect the partial recovery from the prior-year impacts of the pandemic, and to a lesser extent, higher Consumer Wireline and Mexico revenues.  Excluding impacts of the U.S. Video business from both quarters, consolidated revenues totaled $38.1 billion8 compared to $36.4 billion in the year-ago quarter.

Operating expenses were $32.8 billion versus $36.2 billion in the year-ago quarter. Expenses declined due to only one month of U.S. Video results in the third quarter and the impact of other divested businesses, and lower sports-related programming costs from timing comparisons with the prior-year quarter.  These declines were partially offset by higher domestic wireless equipment costs, including 3G network shutdown costs, and higher WarnerMedia non-sports programming, marketing and selling costs. Additionally, depreciation and amortization expense was $1.4 billion lower year over year, largely due to the impairments of long-lived assets taken in the fourth quarter of 2020 and ceasing depreciation and amortization of U.S. Video assets prior to its separation and of the held-for-sale Vrio business.

Cash from operating activities was $9.9 billion, down $2.3 billion year over year, with capital expenditures of $4.7 billion and content spend of $4.8 billion. Gross capital investment totaled $5.7 billion, which includes $1.0 billion of cash payments for vendor financing. Free cash flow was $5.2 billion for the quarter. Net debt decreased by $10.0 billion sequentially, and net debt-to-adjusted EBITDA at the end of the third quarter was 3.17x.11

Third-quarter revenues were $28.2 billion, up 3.8% year over year due to increases in Mobility and Consumer Wireline more than offsetting a decline in Business Wireline. Operating contribution was $7.1 billion, up 0.8% year over year, with operating income margin of 25.2%, compared to 26.0% in the year-ago quarter.

Revenues for the third quarter were $8.4 billion, up 14.2% versus the year-ago quarter, driven by higher content and other revenues, including the partial recovery from prior-year impacts of the pandemic and higher subscription revenues, partially offset by lower advertising revenues. Subscription revenues were $4.0 billion, up 14.7%, primarily reflecting growth of HBO Max. Content and Other revenues were $3.1 billion, up 31.7%, driven by higher TV licensing and higher theatrical. Advertising revenues were $1.4 billion, down 12.4% when compared to the prior year due to timing of the NBA season in the year-ago quarter and lower political ad spending year over year.

(AT&T has reached an agreement to sell its Vrio operations to Grupo Werthein. The companies expect the transaction to close during the fourth quarter of 2021.)

The company now expects full-year adjusted EPS13 to be at the high end of the low- to mid-single digit growth range and is on track with its free cash flow14 target of $26 billion range. The company also expects to reach the higher end of the end-of-year HBO Max/HBO global subscriber target of 70-73 million subscribers.

6Domestic HBO Max and HBO subscribers consist of U.S. accounts with access to HBO Max (including wholesale subscribers that may not have signed in) and HBO accounts, and exclude free trials and Cinemax subscribers.

8Operating Revenues, excluding impacts of the U.S. video business, of $38.1 billion for 3Q21 is calculated as Operating Revenues of $39.9 billion minus Video operating revenues of $2.1 billion, plus WarnerMedia sales for content and advertising of $0.3 billion that are external after close of the transaction. Further information is included in our Forms 8-K dated September 9 and October 21, 2021.

10Adjusted Operating Income, excluding impacts of the U.S. video business, of $8.1 billion for 3Q21 is calculated as Adjusted Operating Income of $8.4 billion minus $0.3 billion of adjustments to reflect the impacts of the July 31, 2021 separation.  Further detail of these adjustments and information is included in our Forms 8-K dated September 9 and October 21, 2021.

13The company expects adjustments to 2021 reported diluted EPS to include merger-related amortization in the range of $4.2 billion and other adjustments, the proportionate share of intangible amortization at the DIRECTV equity method investment, a non-cash mark-to-market benefit plan gain/loss, and other items. The company expects the mark-to-market adjustment, which is driven by interest rates and investment returns that are not reasonably estimable at this time, to be a significant item. Our 2021 EPS depends on future levels of revenues and expenses which are not reasonably estimable at this time. Accordingly, we cannot provide a reconciliation between these projected non-GAAP metrics and the reported GAAP metrics without unreasonable effort.

Xandr, now part of WarnerMedia, provides marketers with innovative and relevant advertising solutions for consumers around premium video content and digital advertising through its platform. AT&T Latin America provides pay-TV services across 10 countries and territories in Latin America and the Caribbean and wireless services to consumers and businesses in Mexico.

AT&T products and services are provided or offered by subsidiaries and affiliates of AT&T Inc. under the AT&T brand and not by AT&T Inc. Additional information is available at about.att.com. © 2021 AT&T Intellectual Property. All rights reserved. AT&T, the Globe logo and other marks are trademarks and service marks of AT&T Intellectual Property and/or AT&T affiliated companies. All other marks contained herein are the property of their respective owners.

Information set forth in this news release contains financial estimates and other forward-looking statements that are subject to risks and uncertainties, and actual results might differ materially. A discussion of factors that may affect future results is contained in AT&T’s filings with the Securities and Exchange Commission. AT&T disclaims any obligation to update and revise statements contained in this news release based on new information or otherwise.