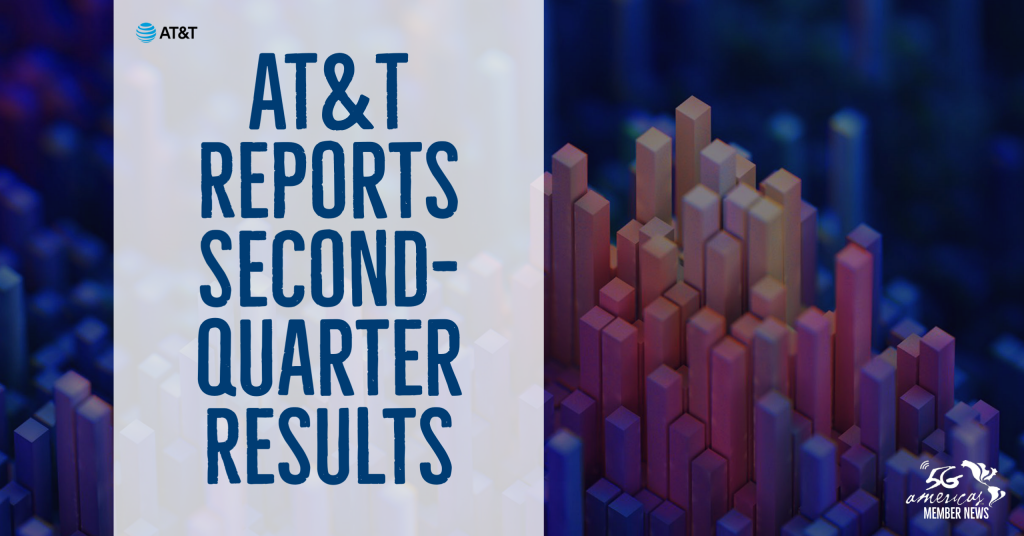 Note: AT&T’s second-quarter earnings conference call will be webcast at 8:30 a.m. ET on Thursday, July 22, 2021. The webcast and related materials will be available on AT&T’s Investor Relations website at https://investors.att.com.

“We’re pleased with our performance and our momentum is strong,” said John Stankey, AT&T CEO. “For the fourth consecutive quarter, we saw good subscriber growth across wireless, fiber and HBO Max. Mobility delivered strong service revenue, EBITDA and postpaid phone growth. Our fiber business, which leads on customer satisfaction, grew subscribers and penetration. HBO Max had another strong quarter and is ahead of plan to be a leading direct-to-consumer streaming platform, with both subscriber- and ad-supported choices. As a result, we’re raising our global HBO Max year-end forecast to 70 million to 73 million subscribers. Also, we’re updating full-year guidance for consolidated revenue, wireless service revenue, adjusted EPS and free cash flow.”

(Video results are included in Corporate & Other. Additional information about the Video business is provided as part of the earnings material on the company’s Investor Relations website.)

Consolidated revenues for the second quarter totaled $44.0 billion versus $41.0 billion in the year-ago quarter, up 7.6% reflecting partial recovery from the prior-year impacts of COVID-19.  Higher WarnerMedia, Mobility, Mexico, and Consumer Wireline revenues more than offset declines in domestic video and Business Wireline. Additionally, consolidated revenues were impacted by divestitures of previously held-for-sale businesses, including the fourth-quarter 2020 sale of our wireless and wireline operations in Puerto Rico and the U.S. Virgin Islands.

Operating expenses were $40.8 billion versus $37.4 billion in the year-ago quarter. Expenses increased due to $4.6 billion in impairments at Vrio compared to $2.2 billion in the prior year, higher domestic wireless equipment costs, higher sports-related programming costs, and higher direct-to-consumer programming and marketing costs. These increases were partially offset by severance charges in the prior year quarter and lower video costs in the current year. Additionally, depreciation and amortization expense was $1.5 billion lower year over year, largely due to the impairments of long-lived assets taken in the fourth quarter of 2020 and ceasing depreciation and amortization on the held-for-sale video assets.

Cash from operating activities was $10.9 billion, down $1.1 billion year over year, with capital expenditures of $4.0 billion and content spend of $5.3 billion. Gross capital investment totaled $5.3 billion, which includes $1.3 billion of cash payments for vendor financing. Free cash flow was $7.0 billion for the quarter. Net debt decreased by $0.9 billion sequentially, and net debt-to-adjusted EBITDA at the end of the second quarter was 3.15x.9

Second-quarter revenues were $28.1 billion, up 6.1% year over year due to increases in Mobility and Consumer Wireline more than offsetting a decline in Business Wireline. Operating contribution was $7.3 billion, down 2.0% year over year, with operating income margin of 26.1%, compared to 28.3% in the year-ago quarter.

Revenues for the second quarter were $8.8 billion, up 30.7% versus the year-ago quarter, reflecting the partial recovery from prior-year impacts of the pandemic and driven by higher content and other, subscription, and advertising revenues. Subscription revenues were
$4.0 billion, up 21.3%, primarily reflecting 38.5% growth of Direct-to-Consumer HBO Max and HBO subscription revenues following the launch of HBO Max in the year-ago quarter. Advertising revenues were $1.7 billion, up 48.5% when compared to the prior year due to the return of the NBA and strength in news. Content and Other revenues were $3.1 billion, up 34.9%, driven by higher third-party TV production and theatrical.

The company has updated its 2021 guidance. On a comparative basis (excluding the impact of the DIRECTV/TPG transaction), the company now expects:

The company expects the DIRECTV/TPG transaction to close in the next few weeks, which will impact certain aspects of guidance. Assuming that time frame, the expected impact of the deal on the remainder of 2021 is:

No change is expected to updated adjusted EPS and capital investment guidance. The company also expects adjusted equity income13 from $1.0 to $1.2 billion for the last 5 months of 2021 as a result of its 70% ownership of the new DIRECTV entity and reimbursements from transition services agreements.

The company expects proceeds of about $7.8 billion at close of the transaction, and annual cash distributions of more than $1 billion.

Post-close, the cash generated by DIRECTV will be used, among other things, for DIRECTV’s capital expenditures and working capital needs, debt financing obligations, cash coupon on TPG senior preferred, and tax distributions to AT&T and TPG. Excess cash will be used for debt repayment and dividend distributions.

The post-close dividend distribution waterfall is as follows:

2 Free cash flow is a non-GAAP financial measure that is frequently used by investors and credit rating agencies to provide relevant and useful information. Free cash flow is cash from operating activities minus capital expenditures.

6Domestic HBO Max and HBO subscribers consist of U.S. accounts with access to HBO Max (including wholesale subscribers that may not have signed in) and HBO accounts, and exclude free trials and Cinemax subscribers.

11 The company expects adjustments to 2021 reported diluted EPS to include merger-related amortization in the range of $4.3 billion and other adjustments, a non-cash mark-to-market benefit plan gain/loss, and other items. The company expects the mark-to-market adjustment, which is driven by interest rates and investment returns that are not reasonably estimable at this time, to be a significant item. Our 2021 EPS depends on future levels of revenues and expenses which are not reasonably estimable at this time. Accordingly, we cannot provide a reconciliation between these projected non-GAAP metrics and the reported GAAP metrics without unreasonable effort.

12Free cash flow is cash from operating activities minus capital expenditures. Due to high variability and difficulty in predicting items that impact cash from operating activities and capital expenditures, the company is not able to provide a reconciliation between projected free cash flow and the most comparable GAAP metric without unreasonable effort.

13Adjusted equity income is calculated by excluding from equity in net income (loss) of affiliates, AT&T’s proportionate share of the noncash depreciation and amortization of fair value accretion expected to result from DIRECTV’s revaluation of assets and purchase price allocation.