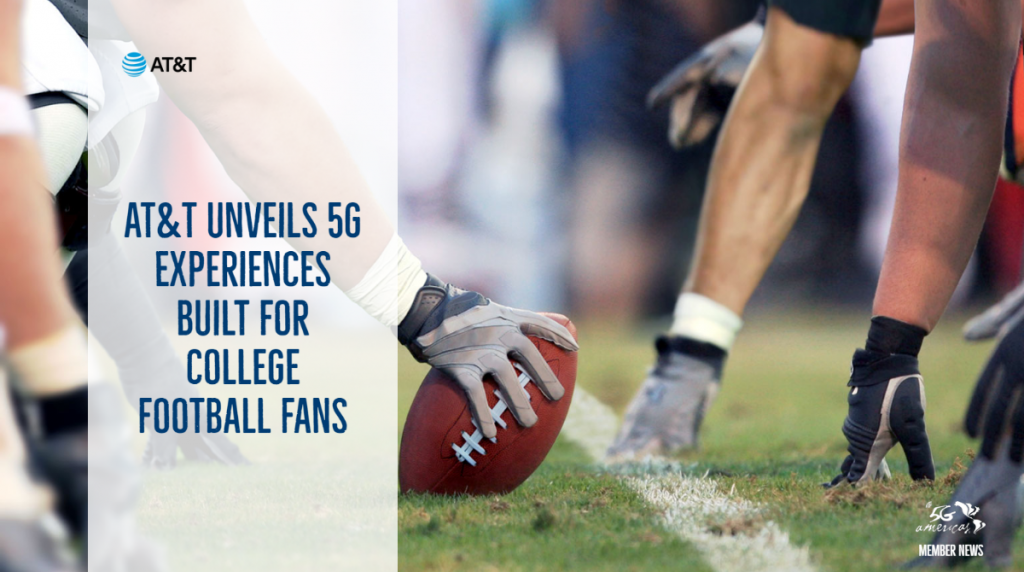 A full weekend of festivities will take place in downtown Los Angeles beginning Friday, Jan. 6 and culminating withthenational championship game on Monday, Jan. 9, which will be broadcasted live across ESPN linear and digital channels at 4:30 p.m. PT.

What are people saying?

“Participating in world-class events like the College Football Playoff National Championship allows us to use our expertise in connectivity to create a more immersive experience for one of sports’ most passionate fanbases,” said Mark Wright, VP of media and sponsorships, AT&T. “Every AT&T touchpoint throughout our campaign is a celebration of college football and its unique communities, inspiring stories and unforgettable moments that make it so special.”

AT&T events and activations include:

Playoff Fan Central is a three-day, family-friendly experience that gives fans the opportunity to be a part of the College Football Playoff National Championship. AT&T Fan Bowl at Playoff Fan Central is a 4000 square-foot activation space that will feature athlete meet & greets, autograph sessions and AT&T Scene Machine – where fans will utilize 360-degree body scan technology to create a personalized avatar that can compete in AT&T’s custom-built video game. Each unique fan-created avatar will race down the field avoiding obstacles, racing against the clock or competing against a friend. For fans not onsite in Los Angeles, a mobile version of the experience will be available at ATT.com/touchdowndash beginning January 6.

AT&T Playoff Playlist Live! is a two-day free concert event taking place at Los Angeles’ Banc of California Stadium leading up to the 2023 College Football Playoff National Championship. On Saturday, January 7, the Jonas Brothers will headline a line-up, which also includes Duckwrth and Em Beihold; on Sunday, January 8, Pitbull will headline, with additional performances from Saweetie and GAYLE. For fans tuning in from home, AT&T Playoff Playlist Live! will offer the AT&T 5G Concert Lens giving viewers the power to direct their own concert experience by choosing from multiple camera angles delivered by AT&T 5G powered devices live on the ground at Banc of California Stadium.

Extra Yard for Teachers Summit Powered by Get Your Teach On

The Extra Yard for Teachers Summit is a gathering of local teachers who come together for high-energy and relevant professional development and to hear inspiring speakers who recognize the hard work of those on the front lines of educating our students. AT&T is proud to be the Virtual Sponsor of the 2023 Teachers Summit, giving teachers everywhere the opportunity to virtually attend the summit at no cost. AT&T supports educators with exclusive discounts and resources. Learn more at ATT.com/teachers (eligibility & restrictions apply).

Allstate Championship Tailgate is the gathering place for fans with game tickets who want to experience extreme tailgating at the National Championship. Here, AT&T will host the final stop of this year’s AT&T 5G Roadshow with TimTheTatman. Tim and special guests NICKMERCS and college football superstar Caleb Williams will stream live starting at 12 p.m PT in front of thousands of college football fans ahead of the game.

The Los Angeles region will host the CFP National Championship Presented by AT&T on Monday, January 9, 2023 at SoFi Stadium and the game will be broadcast live across ESPN linear and digital channels ESPN at 4:30 p.m. PT. The AT&T 5G Ref Cam and AT&T 5G Pylon Cam will continue to highlight game-changing first downs and close-call touchdowns. Going beyond the broadcast, AT&T will provide the ESPN social team with AT&T 5G enabled phones to give fans an inside look at what’s going on with each team on Championship Monday, along with the top plays of the game. Additionally, throughout the national championship weekend Countdown Cams powered by AT&T 5G will give fans behind the scenes coverage of both of the title contenders, including from the two team busses.