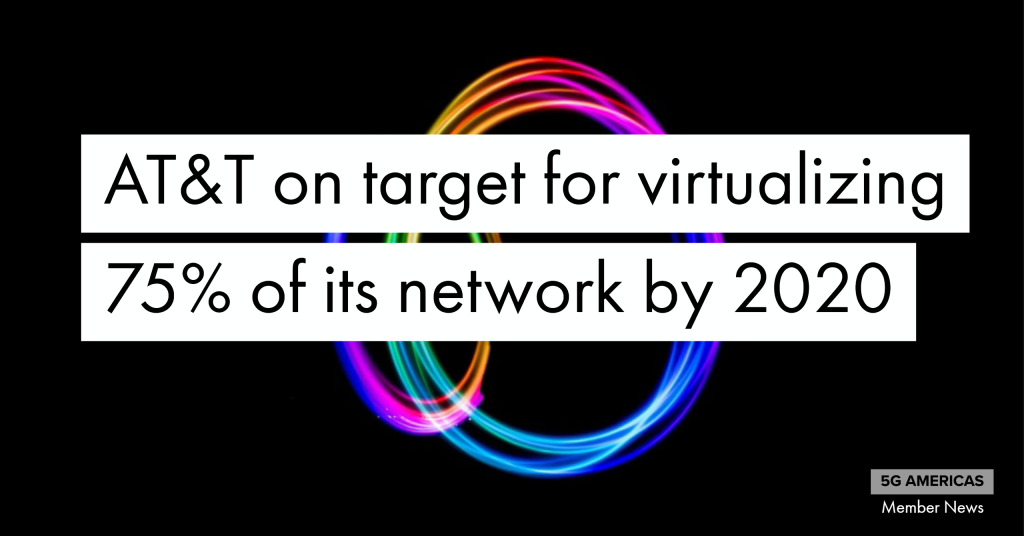 Consider 2019 a lag putt for AT&T’s stated goal of having 75% of its network virtualized by 2020, but the telco plans to drain the remaining short putt by year’s end.

“We aim to control 75% of our core network functions with software by the end of 2020, and by reaching 65% at the end of 2019, we’re nearly there,” said Scott Mair, president of AT&T technology and operations, in a blog post. “Today, 100% of the data traffic that runs through the infrastructure connecting the elements of our core network together is backed by SDN.”

An AT&T spokesman said that while the telco hit its 65% goal in early 2019, the number is actually higher now, but AT&T isn’t ready to disclose the new figure.

AT&T first outlined its virtualization project back in 2013 as part of its Domain 2.0 initiative. The following year it announced its goal for having 75% of its core network functions virtualized by 2020. The plan included using its internally developed ECOMP, which is now part of ONAP, and software-defined networking (SDN) to virtualize and put into production critical network functions.

Amy Wheelus, AT&T’s vice president of cloud and Domain 2.0 Platform integration, said in an interview with FierceTelecom last year that the telco had learned a lot over the previous three years in regard to designing VNFs (virtual network functions) to work better in a cloud-like environment, but the virtualization tasks became harder as AT&T got closer to its goal because the remaining elements were more difficult to virtualize.

AT&T has started to reap operational savings from its move to software-defined networking. The embrace of SDN has also enabled AT&T to roll out new customer-facing offerings with features that weren’t available on its legacy services. For example, Flexware allows AT&T’s customers to use VNFs to provide intelligent edge capabilities in a SDN/NFV environment on a flexible universal CPE device.

“It is now much more mature—in areas wider, such as consumer, business, and mobility business areas, and deeper, including SKUs of similar VNFs in different parts of the network across switches, routers and applications with more automation in place,” said Chris Rice, senior vice president of AT&T Labs, Domain 2.0 Architecture and Design, in an interview last year when asked about AT&T’s virtualization effort. “For 5G, for instance, that service will be ‘born in the cloud.’ We are fortunate to have three years of SDN/NFV experience to apply to our 5G network build.”