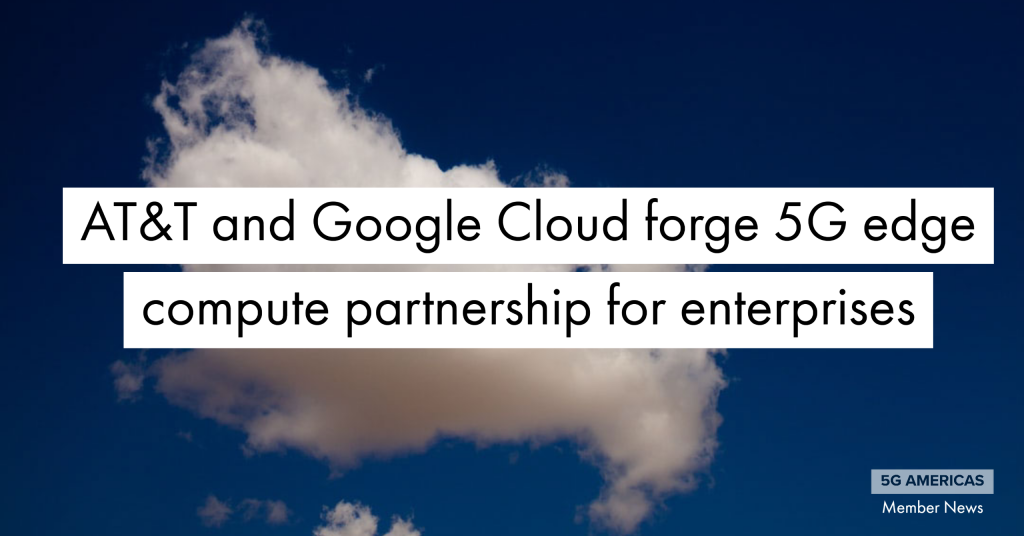 Google Cloud is headed to AT&T’s network edge thanks to a new partnership that was announced on Thursday. The two industry giants are teaming up to build enterprise use cases, which could include video analytics, augmented and virtual reality applications and data-intensive sensors.

“AT&T, like other service providers, sees a valuable opportunity to become an edge player to facilitate lower latency connections to cloud applications,” said Scott Raynovich, the founder and chief analyst of Futuriom, in an email to FierceTelecom. “Because many enterprises run workloads in several different clouds, it makes sense to have edge cloud deals will all the major cloud providers to provide faster access to cloud apps and data.”

The partnership blends AT&T’s edge network, including 5G edge computing solutions for enterprises, with Google Cloud’s expertise in Kubernetes, artificial intelligence, machine learning, and data analytics, among other technologies. The two companies intend to jointly-develop a portfolio of 5G edge computing solutions that can be delivered on a global scale, both on the edge and in the cloud.

“We’re working with Google Cloud to deliver the next generation of cloud services,” said Mo Katibeh, EVP and CMO, AT&T Business, in a statement. “Combining AT&T’s network edge, including 5G, with Google Cloud’s edge compute technologies can unlock the cloud’s true potential. This work is bringing us closer to a reality where cloud and edge technologies give businesses the tools to create a whole new world of experiences for their customers.”

AT&T and Google Cloud didn’t disclose the financial terms for the partnership, or when the business services and applications would be available.

The announcement is noteworthy on several levels. The partnership will provide 5G business use cases in order to help AT&T monetize its 5G investment while also nailing up a blueprint for edge computing.

Carriers, including telco and cable, have thousands of last mile endpoints that the cloud providers—Amazon Web Services, Microsoft Azure, and Google, to name the big three—lack. Partnering with AT&T enables Google Cloud to move its services and applications closer to the edge, and to the end users.

“We are delighted to work with AT&T, a 5G leader, to help enterprises and the industry harness the potential of 5G,” said Google Cloud CEO Thomas Kurian, in a statement “Our co-innovation with AT&T aims to bring a multitude of 5G and Edge Computing solutions to address a diversity of use cases, driving real business value in industries like retail, manufacturing, gaming and more. We are deeply committed to helping drive positive business outcomes for enterprises by working with AT&T on 5G.”

Google Cloud making its way into the telecommunication sector by working with service providers like AT&T. As part of the partnership, AT&T is using Google Cloud’s new cloud-native Anthos for Telecom application platform. Anthos is an open hybrid and multi-cloud application platform that offers telecommunications companies the flexibility to modernize existing applications, build new ones and securely run them on-premises and across multiple clouds.

In addition to jointly developing new solutions, Google Cloud and AT&T said they would collaborate to allow independent software vendors, solutions providers, developers, and other technology companies to build new solutions using Google Cloud and the AT&T network edge, which could lead to an ecosystem of products and services.

Last year, AT&T announced cloud partnerships with IBM and Microsoft. There are also 5G and edge compute elements to the multi-year partnership with Microsoft, which reportedly is worth $2 billion. Microsoft is designing, testing and building edge-computing capabilities on AT&T’s 5G network. Microsoft and AT&T are working on use cases for 5G, such as enabling near-instantaneous communications for first responders who are using AI-based live voice translations to communicate with a person in need who speaks a different language.