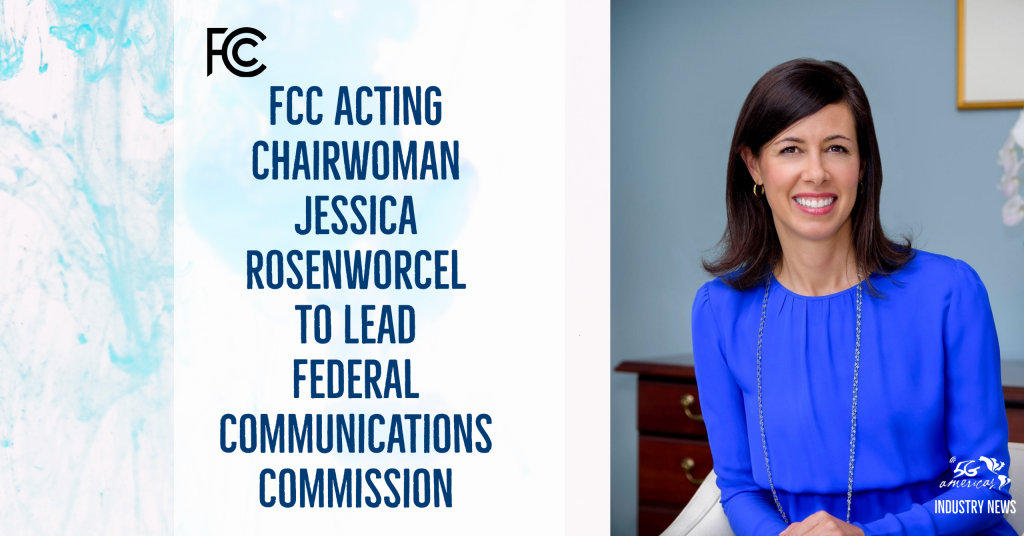 5G Americas has the following statement regarding the announcement:

“I am honored to be designated as the Acting Chairwoman of the Federal Communications Commission by President Biden.  I thank the President for the opportunity to lead an agency with such a vital mission and talented staff.  It is a privilege to serve the American people and work on their behalf to expand the reach of communications opportunity in the digital age.”

In her time at the Commission, Rosenworcel has worked to promote greater opportunity, accessibility, and affordability in our communications services in order to ensure that all Americans get a fair shot at 21st century success. From fighting to protect net neutrality to ensuring access to the internet for students caught in the Homework Gap, she has been a consistent champion for connecting all. She is a leader in spectrum policy, developing new ways to support wireless services from Wi-Fi to video and the internet of things.

Prior to joining the agency, she served as Senior Communications Counsel for the United States Senate Committee on Commerce, Science, and Transportation, under the leadership of Senator John D. Rockefeller IV and Senator Daniel Inouye. Before entering public service, Jessica practiced communications law in Washington, DC.