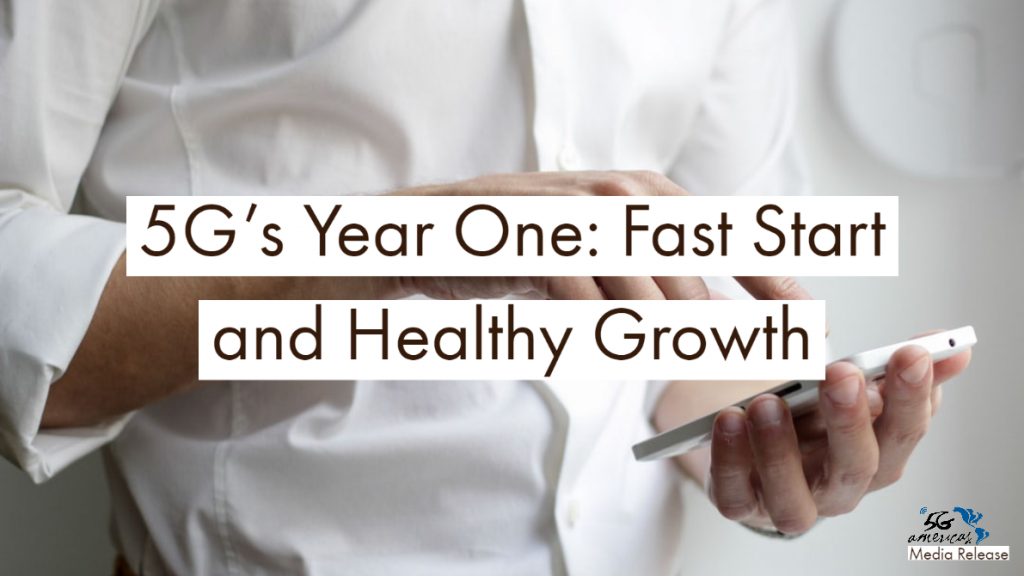 BELLEVUE, Wash. – March 23, 2020 – Customers are making 5G the fastest growing generation of cellular wireless technology in terms of new subscriptions, according to 5G Americas, the wireless industry trade association and voice of 5G and LTE for the Americas. According to data based from Omdia, there are now over 17.7 million 5G connections globally as of Q4 2019, which represents 329% growth over Q3 2019 – and is five million subscribers ahead of previous projections.

Chris Pearson, President, 5G Americas said, “We truly had a great year in 2019, as 5G adoption has surpassed most forecasts. With the first year of 5G completed, 2020 is shaping up to be focused on the growth of new 5G devices, increasing coverage, increasing network densification, and probably the first 5G Stand Alone deployments.”

The rapid ascent of 5G compares favorably against the initial year for previous cellular communication technologies like LTE, which has now reached 5.3 billion connections after ten years of operation. While LTE became commercially available in the last quarter of 2009, it was used by only around 1,000 customers in Western Europe initially. In 2010, North America added 20,000 more LTE customers, bringing the total to 23,250 connections globally. It took roughly 10 quarters, or until Q1 2012, for 4G LTE to reach 17.9 million connections – roughly where 5G is today. 3G did not reach that mark until December 2010, after 11 Quarters and 2G reached it in December 1995, after 14 quarters.

The rapid growth of 5G has been fueled by an explosion of 3GPP-standard commercial 5G networks deployed globally. There are now 59 5G commercial networks, a number which is expected to nearly quadruple to 200 by the end of 2020, according to data from TeleGeography.

According to Jose Otero, Vice President of Latin America and Caribbean, 5G Americas, “5G is the fastest growing wireless technology to arrive in Latin America and the Caribbean and the first generation of wireless cellular technologies to be deployed in the region during its first year of existence. 2019 saw the arrival of commercial 5G networks in Puerto Rico, Trinidad & Tobago, Suriname, Uruguay and the US Virgin, and is expected that during 2020 more 5G networks start operating in the region.”

Looking forward, Omdia projects 5G connections will reach 91 million globally by the end of 2020, of which North America will account for 13.9 million. Latin America and the Caribbean will account for an additional 1.5 million subscribers by the end of the year. At the same time, global 4G LTE connections are expected to reach 5.9 billion, of which 513 million (6.1% annual growth) will come from North America and 397 million (8.6% annual growth) will come from Latin America and the Caribbean.

Overall, the following number of networks using wireless technologies have been deployed as of March 16, 2020, according to TeleGeography: