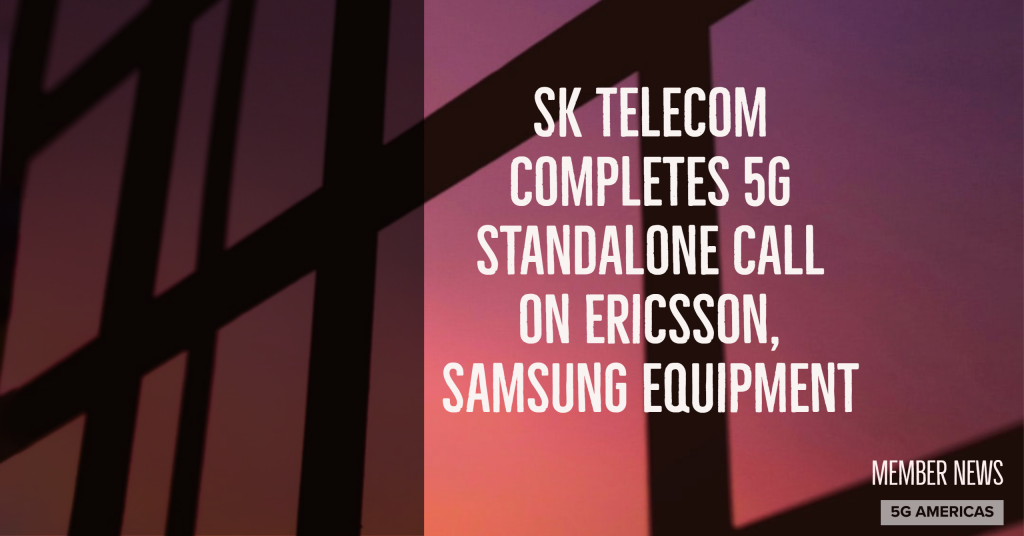 SK Telecom said that on January 16 it accomplished a standalone (SA) 5G data call on its commercial 5G network. The operator also said that it plans to launch SA 5G services in the first half of this year.

SK Telecom says it has also applied key 5G technologies such as network slicing and mobile edge computing (MEC) to its SA 5G network. Network slicing partitions a single physical network into multiple virtual mobile networks. Mobile Edge Computing minimizes latency in a 5G network by providing a shortcut for data transmission through the installation of small-scale data centers at 5G base stations.

“With the successful standalone 5G data call on our multi-vendor commercial 5G network, we are now standing on the threshold of launching standalone 5G service, a key enabler of revolutionary changes and innovations in all industries,” said Park Jong-kwan, VP and head of 5GX Labs of SK Telecom, in a prepared statement.

Michael Thelander, president of Signals Research Group, said that he expected Chinese operators to be the first to announce SA 5G NR services, but if SK Telecom really does launch SA NR services in the first half of 2020, it would beat the Chinese carriers. But he said a lot of these “world’s first” announcements should be taken with a bit of skepticism. “We still have to have devices that support it,” said Thelander. All of the 5G devices that are commercially available still are non-standalone devices that require LTE to support them.

Thelander said that in the United States, SA NR will probably follow in the footsteps of dynamic spectrum sharing (DSS), which allows operators to use spectrum for both 4G and 5G simultaneously. “Once operators start deploying DSS that’s the first step; then they can put 5G almost everywhere they have LTE,” he said. “But you still need devices. There’s still a lot of interoperability to make sure things work smoothly.”

Yesterday, MTN Uganda, along with ZTE, said they had jointly launched a 5G SA network in East Africa. The companies said the SA network, using 60 MHz spectrum, could deliver speeds of more than 1.494 Gbps and support a variety of applications, such as Gigabit-without-Fiber and ultra-HD live broadcast.

The 5G SA network in East Africa uses ZTE’s 5G equipment, including Common Core, which separates the signaling plane and the data plane without relying on the existing LTE core network EPC.