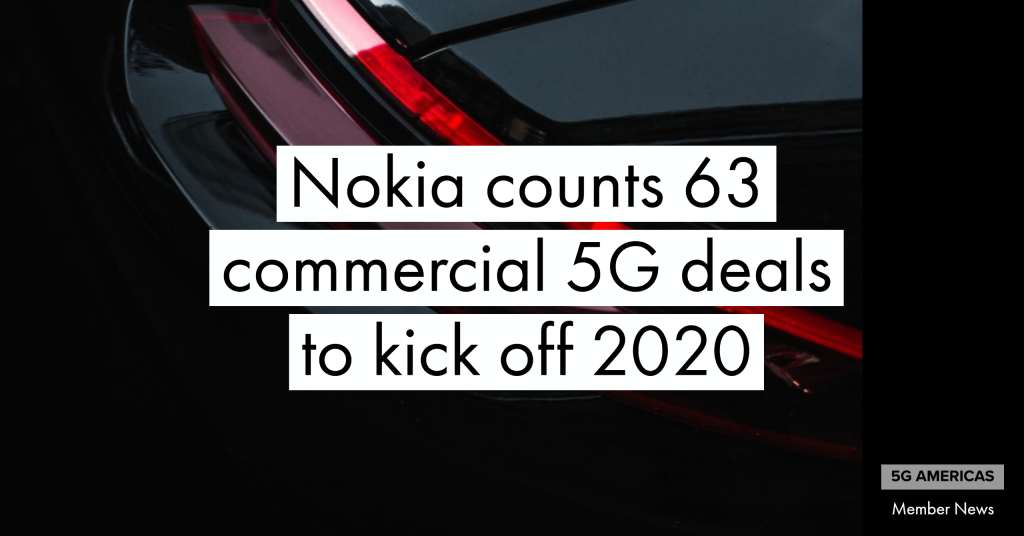 Nokia ended 2019 rather badly when it admitted during its third quarter 2019 earnings call that it was having to pivot on its 5G chip strategy. But the company is kicking off the new year with some determined optimism. Nokia said today that it had reached 63 commercial 5G contracts worldwide. The figure includes named customers such as AT&T, Verizon, Sprint, T-Mobile, KDDI, NTT Docomo, Korea Telecom and LG Uplus.

The 63 signed commercial contracts exclude any other type of 5G agreements, such as paid network trials, pilots or demonstrations. The company said if such agreements were to be included, the total number of 5G agreements would reach over 100. It also said its 5G products are running in 18 live networks.

The vendor says the 63 contracts include work across low, mid and high bands and across traditional and cloud network architectures.

In comparison, Ericsson said on December 27, 2019, that it had 78 commercial 5G agreements or contracts with unique service providers, 31 publicly announced 5G contracts, and was live with 24 5G networks across the globe.

On Nokia’s 3Q 2019 earnings call, Nokia CEO Rajeev Suri said that when the company started working on 5G, it chose field programmable gate array (FPGA) silicon for its 5G products because it provided flexibility and time-to-market advantage. But the FPGAs were expensive, and ended up cutting into Nokia’s profit margins in 5G. The company lowered its guidance for full year 2019 and 2020 and suspended its dividend.

Last fall, Nokia made the decision to move to custom SoC-based products. “To ensure that we execute on this fast and effectively, we are increasing investment in system on chip capabilities and moving aggressively to strengthen and diversify our supplier base,” said Suri on the earnings call.

Nokia has had three different people head up its mobile networks division during a four-year time frame. About a year ago, it replaced the former head of mobile networks Marc Rouanne with Tommi Uitto. Rouanne has since moved to Dish Networks as its chief network officer for its wireless initiative.