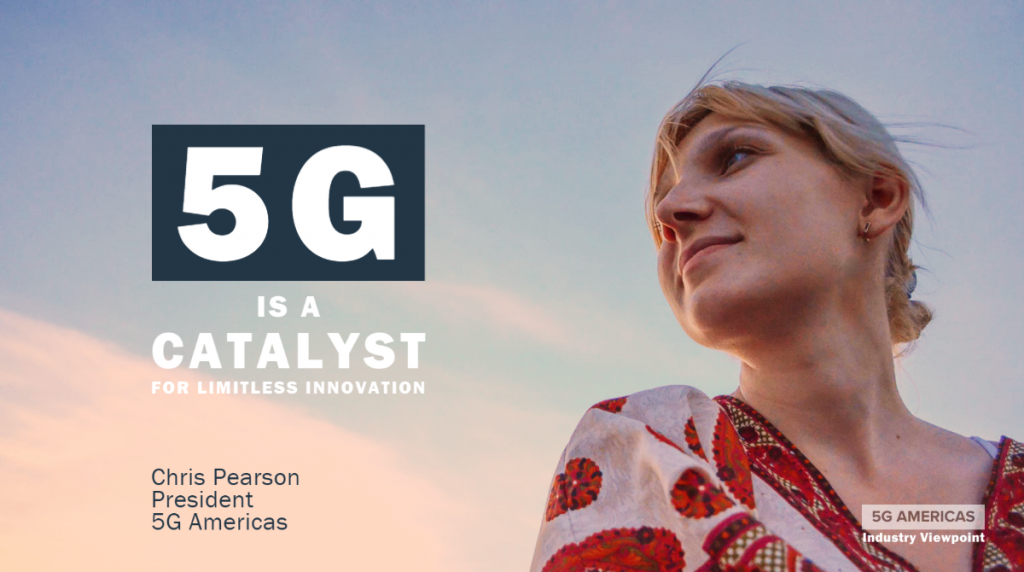 5G is a Catalyst for Limitless Innovation

In the first half of this past year, the world surpassed 429 million people connected with 5G, as user connections took off across 182 5G networks. With 5G connections surging 67% in North America over the previous quarter, it’s clear that we’ve reached an inflection point, as consumers and businesses begin to unlock what 5G can deliver.

But the true power of 5G has not yet even begun to be fully tapped. New possibilities and use cases are just starting to be discovered for a technology that has the capability of delivering up to 100 times the data rate as 4G LTE, at much lower network latency, and to over one million devices per square kilometer. While the groundwork has been laid, it’s only now that innovators and enterprises are discovering new ways to harness the incredible power of 5G networks.

5G will be the foundational for a new era of innovation. Already, North American operators have opened centers for 5G innovation, like the 5G Open Innovation Lab and 5G Innovation Studio, which put together inventors and entrepreneurs with 5G experts to unleash the new and exciting opportunities that this technology can bring forward. We are starting to see impactful uses being explored, such as those in the 5G Food Resiliency Project which utilize 5G-connected sensors and farm vehicles to test precision agriculture and food supply logistics. In some cases, we are also starting to see 5G being used to host real-time holographic meetings with National Basketball Association sports stars.

There are truly opportunities everywhere for virtually every industry and business when it comes to 5G networks.

In 5G Americas’ latest white paper we take a deep dive into how 5G is beginning to impact different enterprises and industries. This white paper is the second in a series focused on the enterprise – the first being “Private and Enterprise Networks” published in August 2021 – while that first piece was focused on the ‘how’ of companies can take advantage of 5G, this white paper looks at what may be possible.

Before we dig into use cases, it might be important to fully grasp the numerous innovations that make 5G much different than previous mobile generations. These include:

Now that’s a lot to throw at you. Most people only think of the surface level improvements of 5G (“much faster speed!”) and assume that will be the driving force behind 5G’s greatness.

Not so. There are a lot of 5G improvements under the hood and many of them are designed to integrate into today’s modern IT networks, with tenets of cloud-native computing and edge computing built into the very fabric of 5G. It’s this incredible depth of changes which underscore 5G’s true ability to be the catalyst of innovation that is tying together disparate technologies like AI/ML, Cloud Computing, Edge Computing, VR/AR, Drones, Autonomous Vehicles, and so much more. The flexibility that the 5G architecture provides is at a much deeper, richer level than many realize.

With that said, 5G’s sheer flexibility can sometimes be a stumbling block as enterprises grapple with how to implement it in their businesses. To use a well-understood metaphor, imagine 5G as a vast multi-tool, a sort of Swiss Army Knife, which can serve a nearly limitless variety of uses. This isn’t just the “hammer” of faster speeds, it’s a lot of different things. However, to use a capable multi-tool, enterprises must also examine a variety of different factors, which include:

With that said, there are several key enterprises that are today already working on some interesting applications for 5G. We’ve barely begun to make the first pass and it’s already starting to look like 5G will have a promising future.  Let’s take a look at a few: