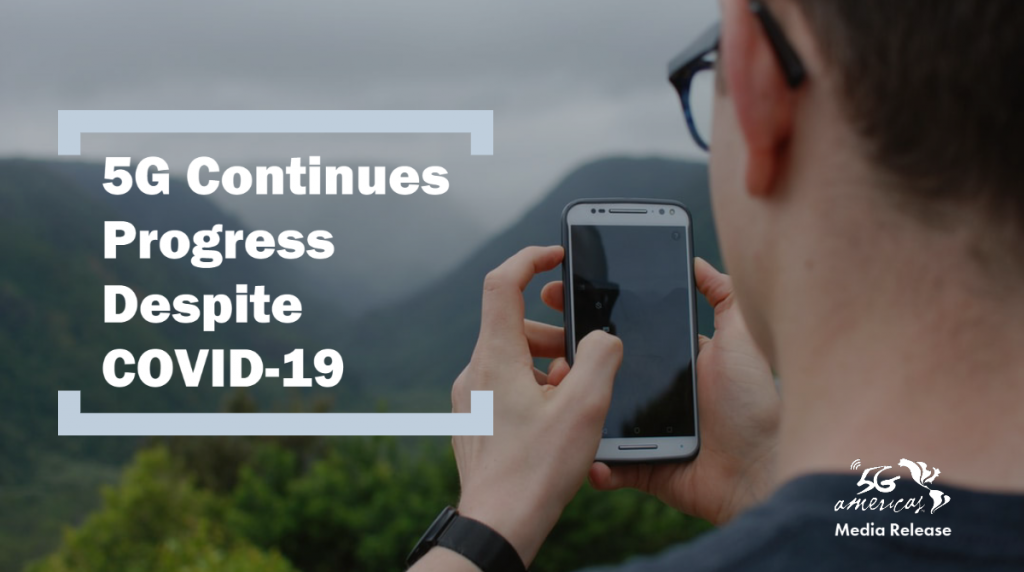 BELLEVUE, Wash. – June 24, 2020 – 5G progress in connections and deployments continues despite the COVID-19 pandemic and resulting economic downturn according to 5G Americas, the wireless industry trade association and voice of 5G and LTE for the Americas. According to data from Omdia, there are now over 63.6 million 5G connections globally as of Q1 2020, which represents 308.66% growth over Q4 2019.

Chris Pearson, President, 5G Americas said, “Globally, 5G remains the fast-growing generation of wireless cellular technology ever, even as the world is gripped with a pandemic. In North America, we are seeing consistent, strong uptake of new 5G subscribers as new devices have been released that can take advantage of low-band and millimeter wave frequencies. At the same time, new network capabilities are being added.”

Globally, there are now 82 5G commercial networks, a number which is expected to more than double to 206 by the end of 2020, according to data from TeleGeography. In addition, there are now over 100 commercial 5G device models available globally, according to the Ericsson Mobility June 2020 Report, with increasing support for low-band, mid-band and millimeter (mmWave) frequency bands.

Despite global strength in the number of 5G network rollouts, regional differences are beginning to emerge due to the localized impacts of the COVID-19 pandemic. According to Jose Otero, Vice President of Latin America and Caribbean, 5G Americas, “The impact of COVID-19 is finally being felt Latin America’s and Caribbean’s telecom industry. The decrease in remittances arriving from Europe and North America together with the mandatory lockdowns imposed by many regional governments decreased the purchasing power of a large percentage of the population.”

Looking ahead, Omdia projects 5G connections will reach 238 million globally by the end of 2020, of which North America will account for 10 million connections. According to Kristin Paulin, Senior Analyst at Omdia, “We expect growth to pick up in the second half of the year, following the easing of lockdowns as well as continued 5G network expansion and the availability of more 5G devices.” Latin America and the Caribbean will account for an additional 270 thousand connections by the end of the year. Global 4G LTE connections remain strong and are expected to reach 5.7 billion, of which 506 million (4.8% annual growth) will come from North America and 404 million (11.8% annual growth) will come from Latin America and the Caribbean.

To minimize the impact of the pandemic, some governments in Latin America and the Caribbean have made adjustments to communications services taxes and terms. In addition, Otero says “The lack of devices due to global logistic obstacles has resulted in negative subscriber growth and slower uptake of newer technologies. It is expected that until the situation normalizes all spectrum assignment processes would be delayed and that no new networks would be launched during this period.”

Overall, the following number of networks using wireless technologies have been deployed as of June 15, 2020, according to TeleGeography: