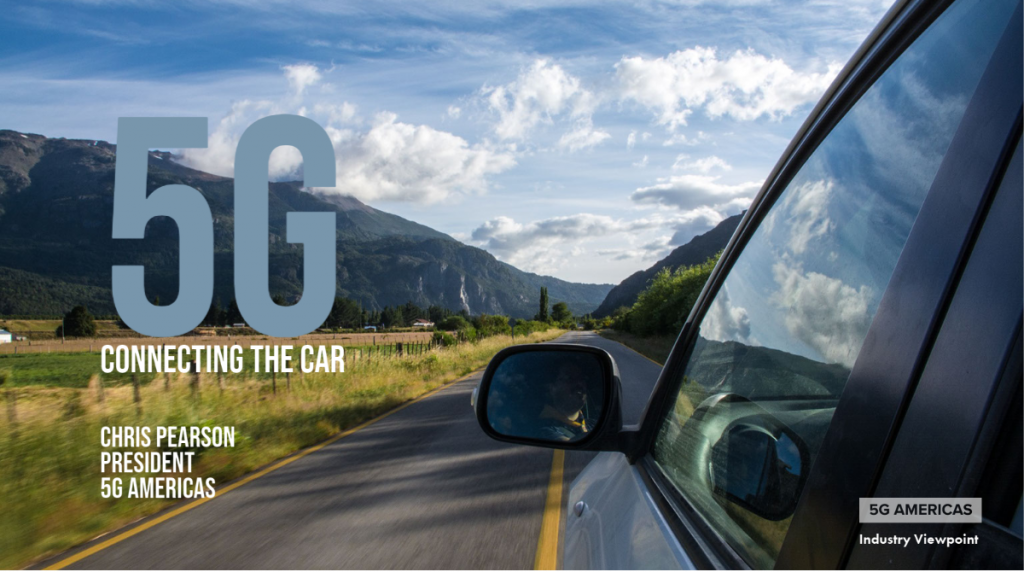 For the better part of the past two decades, the dream of autonomous vehicles quietly whizzing along our roads, picking people up and dropping them off, and purposefully – smartly – taking us where we need to go, has been a constant dream for both the automotive and wireless industries.

While great progress has been made by auto manufacturers in building smarter vehicles with more computing power under the hood, the challenge of constant mobile automotive connectivity, has for the most part been unmet. Yet, the promise and potential of Connecting the car to everything (C-V2X) remains a worthy objective for all stakeholders not just in the mobile wireless and automotive industries, but for government, transportation, and other key contributors as well.

This history of the “start and stops” of connecting cars goes back several years. In October 1999, the US Federal Communications Commission (FCC) allocated 75 MHz of spectrum in the 5.9 GHz band to be used by intelligent transportation systems (ITS). The existing wireless communication technology at the time, DSRC enabled vehicles to communicate with each other and with other road users directly without involving cellular or other infrastructure. However, after many years, DSRC had “not been meaningfully deployed, and this critical mid-band spectrum has largely been unused for decades,” according to the FCC.

It wasn’t until November 2020 that momentum began to build with the FCC move to modernize the 5.9 GHz ‘ITS’ spectrum band to allow for a cellular wireless standard called “Cellular Vehicle-to-Everything” (C-V2X) that has ushered in a new era of connected vehicles. That action by the FCC identified 30 MHz of the ITS band specifically for use by the C-V2X standard, which is based on LTE technology and compatible with 5G networks.

In our latest white paper, “Vehicular Connectivity: C-V2X and 5G,” 5G Americas explores the capabilities and challenges of C-V2X, as auto manufacturers, network operators, transportation planners, and application developers continue to move ahead with this tremendous technology. 5G Americas member companies working in this area have identified significant benefits, ranging from safety, personal mobility convenience, to fuel and energy efficiencies that could lead to more environmentally-friendly transportation.

It’s important to realize that the potential of 5G cellular wireless connectivity is becoming increasingly important to management of vehicles and transportation systems across the world – not just in the US. There are strong pushes in Europe, China, Korea, and Brazil with multiple tests and trials of C-V2X. Additionally, both Ford and Audi have announced commitments to using C-V2X in their vehicles, representing firm leadership from auto manufacturers towards adopting this standard. Additionally, the 5G Automotive Association (5GAA) and ConVeX have both shown C-V2X is suitable for delivering Intelligent Transportation Systems (ITS).

So let’s back the car right up for a second – what exactly is the C-V2X standard?

C-V2X is actually supported by a group of standards that range from technology to access wireless cellular networks to standards focused on actual applications. The access technology standards are created by the Third Generation Partnership Project (3GPP) – first with LTE in Release 14 & 15 of their cellular wireless standards – and then with 5G New Radio in Release 16 & 17. The application standards are developed by the Society of Automotive Engineers (SAE), which will ensure the data can be used most effectively by the vehicles.

C-V2X enables ITS infrastructure (think intersection signals, road sensors, and back-end control systems) to meet certain connectivity requirements when it comes to flexible roadside unit deployments and other capabilities. For instance, C-V2X will now allow for the use of wireless backhaul to keep the infrastructure connected when a fiber optic cable cannot reach it. It will also allow for distributed and disaggregated remote service units that can take advantage of cloud-native networks and applications. It also allows for different vehicle-to-network (V2N) and vehicle-to-infrastructure (V2I) communication modes.

But that’s not all.

When it comes to driving, real-time communications is critical. Split second decisions, as well as spatial and temporal awareness are incredibly important. Combined with 5G’s Sidelink/PC5 connectivity and multi-access edge computing, direct vehicle-to-vehicle (V2V) communications and vehicle-to-edge server communications will allow for opportunities to impact real-time performance of applications. Additionally, this potent combination of car + edge computing allows for the rapidly offloading of power-intensive, compute-intensive, and storage-intensive requirements from the vehicle to the edge server.

Think of it this way, as your vehicle passes a nearby edge server, it gets continuous updates regarding road and traffic safety conditions. The edge server may know what the cross-traffic might look like several blocks in every direction and forewarn your car that an oncoming semi-truck is headed its direction – even if it’s behind a building and out of line of sight. The flip side is also true – that other vehicles will also communicate back to the edge server and continuously inform it of what they are sensing.

Overall, this is an exciting time for the automotive and wireless community. With the cloud, edge, and 5G all converging, there are ample opportunities for automotive OEMs, roadside operators, mobile network operators, transportation planners, and application developers in building out additional value-added services for drivers and passengers.

But along with the great opportunities also come the great challenges. One of the biggest challenges is spectrum for the advanced features of C-V2X. While the 30 MHz set aside by the FCC from the 5.9 GHz ITS band offers some reliable transportation for basic safety services, the 5G Automotive Association (5GAA) has recommended at least 40 MHz for additional advanced services, as defined in its ITS study and roadmap. Additionally, 5G Americas also recommends that certain “out of band emissions” (OOBE) from the operation of “U-NII-4” spectrum band from Unlicensed National Information Infrastructure (U-NII) also be regulated, so they do not interfere with C-V2X.

Additionally, every stakeholder in the age of the connected car must also be aware of the possible complexities.  These can include more frequent Over-the-Air (OTA) software updates, especially as applications become more robust and more ‘car-to-cloud’ ecosystem features become more important. Security and privacy protections are also important to continually address, as C-V2X offers numerous protections based on IEEE1609.2, especially surrounding misbehavior, and certificate management.  Finally, stakeholders should also plan for the evolution path of C-V2X standards and prepare for backwards compatibility between the 3GPP Releases that address C-V2X technology.

Since the FCC’s decision to open up the 5.9 GHz spectrum band last year to C-V2X, I’ve seen a lot of excitement from both the automotive sector and wireless cellular industry in getting this standard off the ground and into practical use. With many new technology advances in the pipeline, such as power saving for pedestrian user equipment and vulnerable road users, higher accuracy Sidelink positioning, and support for cellular wireless staple technologies like carrier aggregation and mmWave, there is a very bright road ahead in saving lives and serving societies every growing communication needs.

I look forward to watching this space closely and sharing the C-V2X story as it paves the way ahead for a connected smart transportation system.

Find out more information on how C-V2X and 5G are changing the world of vehicular connectivity.
Click Here