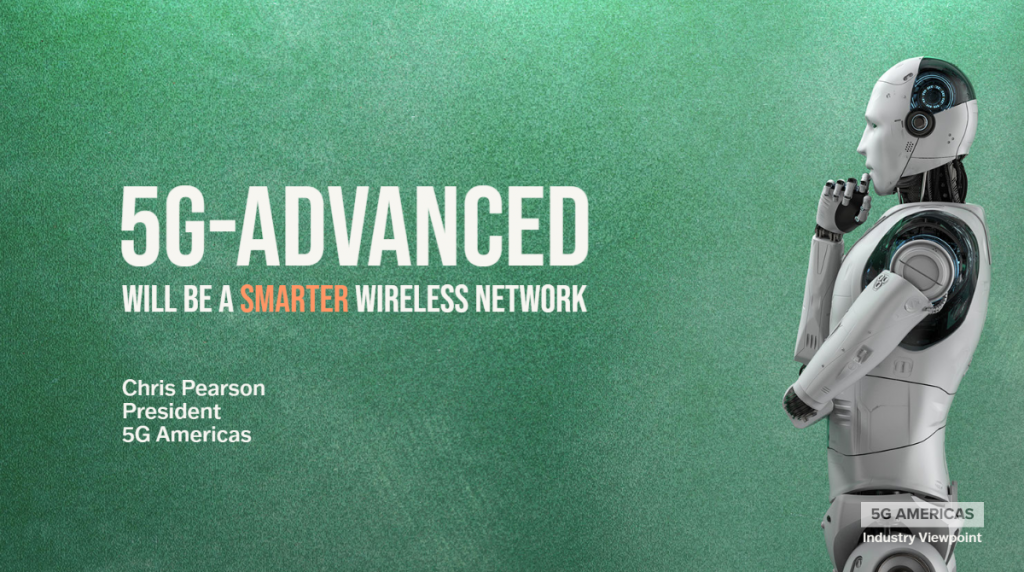 5G-Advanced Will Be A Smarter Wireless Network

With winter now in its full snowy glory throughout much of the northern hemisphere, it has been quite a successful year 2022 for the wireless cellular industry. This year, we’ve seen the continued explosive adoption of 5G technologies, which are doubling annually and are expected to exceed a billion 5G connections around the globe by the end of this year – that’s over 12.5% of the Earth’s population. The total number of commercial 5G networks now totals 243 and we’ll be expecting to see additional wireless networks pop up in Latin America, Europe, Africa, and Asia as operators expand the reach and capacity of this great communication technology.

As so many people and devices use 5G to communicate daily, it’s important to ensure the interoperability of wireless across national borders, but also to continuously add innovations through new improvements and enhancements to the way we communicate. By now, many people understand each new “G” or ‘generation’ of wireless leads to the next, but in between the “G”s, there are often significant mid-term upgrades. Between 5G and 6G, there will be 5G-Advanced.

In its latest white paper, entitled “Becoming 5G-Advanced: the 3GPP 2025 Roadmap”, 5G Americas takes a deep look at how 5G will become 5G-Advanced through the important work of the Third Generation Partnership Project (3GPP), of which 5G Americas is a proud Market Representation Partner (MRP).

But what does 3GPP do?

Real progress on 3GPP standards is measured by milestones achieved in Releases. New features are “functionality frozen” and are ready for implementation when a Release is completed. 3GPP works on several Releases in parallel by starting future work well in advance of the completion of the current Release. The era of 5G began with Release 15, which set forth all the technologies and standards that the vast majority of 5G devices use today. Many new capabilities and features were added in Release 16, such as those below:

Release 17 introduced even more new capabilities, such as extending NR towards new verticals. Some key features of NR Release 17 are:

3GPP Release 18 (Rel-18) is branded as 5G Advanced for its significant improvements as it will include major enhancements in the areas of artificial intelligence (AI) and extended reality XR) that will enable highly intelligent network solutions that can support a wider variety of use cases than ever before. Rel-18 proposes standards for further intelligence into wireless networks by implementing machine-learning-based techniques at different levels of the network. Rel-18 is expected to be ready for implementation and deployment in the 2025-time frame.

As you can see from the chart below, while the nominal work on Release 18 has already started in 2022, it is not expected to wrap up until 2024 – so typically we can expect to network operators and device manufacturers to upgrade their respective equipment over six months or year after the specifications have been finalized. That takes us squarely into 2025.

With such amazing work already underway in the parallel release structure offered by 3GPP, we can expect even better ways to use our devices soon. As I have noted in other blog posts, the world of wireless cellular is rapidly changing. Not only are private 4G/5G networks taking off, but new connectivity options like fixed wireless access and non-terrestrial networks are opening up new vistas of coverage – making the Internet available to billions of people whenever and wherever they may wish to work or play.

3GPP offers a foundation for the 5G era of standardized innovation with a tried-and-true process that continues to create amazing new capabilities with wireless cellular technology. Our hats are off to the dedicated engineers, project managers, and scientists who toil day and night to make it possiblereverrever for us to simply communicate with virtually anyone in so many places around the world with a simple push of a button.

Read about the next evolution in 5G networks in "Becoming 5G-Advanced: the 3GPP 2025 Roadmap".
Click Here