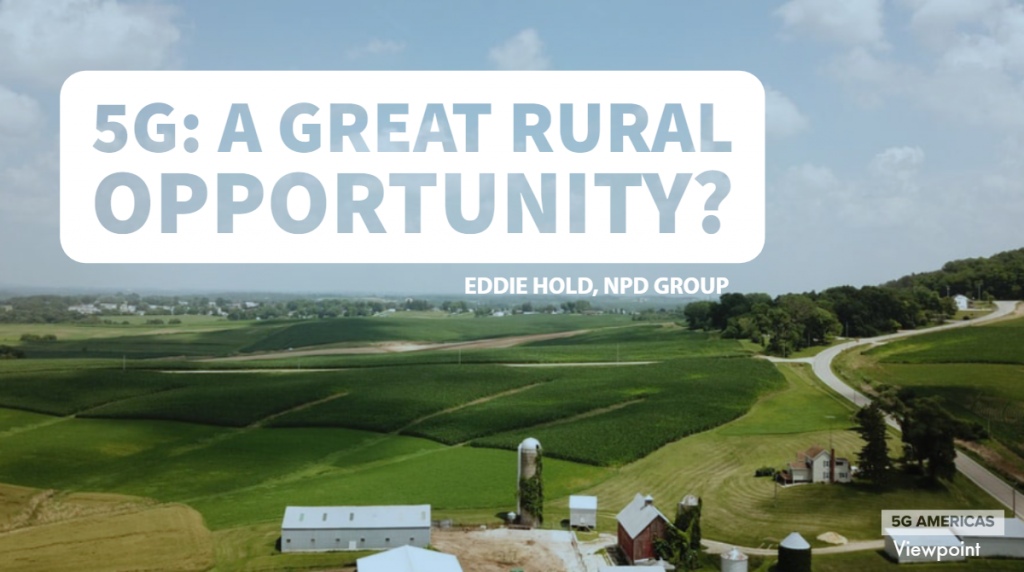 While much of the media buzz about 5G is focused on the wireless technology’s potential speed, there’s a more fundamental benefit that 5G will bring to the U.S. market. According to The NPD Group’s Rural America and Technology Report, nearly 31 percent of households in the continental U.S. do not currently have a broadband connection. The vast majority of these are in more rural parts of the country to which it has been proven difficult – and economically less viable – to deliver a wired connection. Indeed, the more rural a market, the less likely it is that there will be a broadband option available to consumers. Furthermore, even if broadband is available, there is often little competition due to a limited number of service providers.

That said, it would be incorrect to assume that these rural markets are not ready for broadband or the benefits delivered by faster Internet service. Many of these underserved households do pay for Internet access, but it’s typically at speeds of 1 to 2 Mbps via either DSL or fixed wireless solutions compared to broadband speeds of 25 Mbps or greater. The results are interesting: take Chase who lives just outside Dodge City, Kan., for example. He has fixed wireless Internet service, but manages to still stream Netflix (at standard definition of course). The problem is, as he puts it, “If someone else in my neighborhood [using the same tower] also tries to stream, the buffering becomes so bad that I have to reach for a DVD instead.”

And he is far from alone in the desire to stream: while the rural market is still driving DVD sales – accounting for roughly 25 percent of DVD sales at this point, as well as keeping the original Netflix DVD model alive – just as many rural households are also trying to use streaming services. Indeed, streaming media player ownership in rural markets is just a few percentage points less than the national average.

Streaming video is far from being the only benefit of broadband access: consider e commerce or almost any media-rich website that broadband users take for granted. Take, for example, the challenge for Sirianna’s Café, in Davis, W. Va., which cannot provide free Wi-Fi to its customers because the café only takes cash…and the ATM outside is connected to the café’s DSL connection. As Sandra, the owner, puts it: “When we offered free Wi-Fi, the ATM couldn’t connect to the banking system anymore… so our customers couldn’t get the cash they needed to pay for lunch.”

Bringing broadband access to these underserved markets is critical to creating a digital equity in the U.S., not just for consumer tech opportunities, but also for creating a more equal educational system, allowing schools – and students at home – to have the same level of access to educational tools as found in more urban markets. But focusing on a wired (typically fiber) growth plan is not necessarily the best approach due to the costs and complexity of the terrain in some markets. And this is where 5G can deliver clear benefits to the consumer market.

5G could provide enough bandwidth to qualify as broadband and leapfrog many of the currently-available options. Indeed, I would say that 5G coupled with the appropriate spectrum is a solution ideally suited for under-serviced markets as the carriers can leverage their existing tower assets to deliver a solution that will reach further than their current mobile signal.

The opportunity for the mobile carriers is far greater than simply providing the broadband pipe to these rural communities, and other underserved markets. Roughly a third of rural America still gets its TV “stream” from an antenna, rather than cable or satellite service. As such, there’s a significant opportunity for the carriers to drive a bundled strategy of fixed mobile plus video service that could increase revenue opportunity.

There is evidence that this strategy will be successful in other areas of discretionary spending in rural markets: households that gain a faster Internet connection often begin to mirror consumer tech ownership in more urban markets with the adoption of larger TVs (albeit at lower price points), streaming media players and tablets. At the same time, the previous reliance on DVDs diminishes, and these households adopt streaming services such as Netflix. Of course, there’s one more key benefit for the carriers: the one that drives broadband to underserved markets will also be able to increase their mobile phone subscribers as part of the bundle.

On August 1st the Federal Communications Commission announced a proposal to establish a $20.4 billion Rural Digital Opportunity Fund.  5G gets a lot of attention for its mmWave technology capabilities to serve major urban markets.  However, perhaps now is the time for 5G to be part of  the solution for efficiently bridging the digital divide.